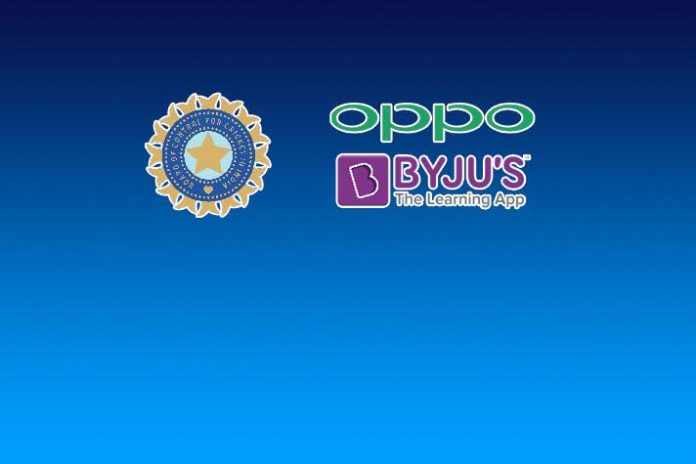 Oppo is out of the Board of Control for Cricket in India deal as the sponsor of the Indian national cricket teams. The transfer of the contract to Byju’s learning app is confirmed by the BCCI.

However, a moot point remains unanswered by either of the three  parties – the BCCI, Oppo and Byju’s. Is the Chinese smartphone brand fully absolved of its commercial obligation to pay of ₹ 4.61 crore per international match and ₹ 1.56 crore for each match of the International Cricket Council and the Asian Cricket Council tournaments?

If sources are to be believed, Oppo will still be bearing a part of the Indian cricket team sponsorship rights fee even after therights are fully transferred to Byju’s learning app. The revised obligation will include a 20% to 25% discount offered to Byju’s and a 5% to 10%  “penalty / exit fee” committed to the BCCI for transferring the deal. The “penalty / exit fee” shall only apply for the remaining part of the contract.

Oppo, insidesport.co has learnt, is “happy to pay only 30% of its commitment to the BCCI. The deal is rather being seen as 70% saved.”

Oppo, to win the bid for Team India sponsorship rights for the 2017-2022 five-year period, had committed more than 100% of the values incumbent Star Sports had been paying between 2015 and 2017. The successful bid was valued at ₹ 1,079 crore over the five-year period. The next best offer from Vivo was far less at ₹ 768 crore offer.

Man helming Oppo at the time of the deal in 2017, company’s the then MD in India Yi Wang was forced to step down from his office in November last year amidst widening losses. The company’s deficit from India operations had reached ₹ 778 crore in September last year from ₹ 42 crore during 2016-17 fiscal and ₹ 358 crore in 2017-18. Under pressure to cut losses, the BBK Electronics subsidiary was compelled to exit the BCCI deal.

Byju’s, valued at ₹ 38,000 crore after its recently-concluded funding round, has in recent past been among the leading brands to advertise in cricket. The e-education platform is eyeing expansion to international English-speaking markets like the UK and the USA.