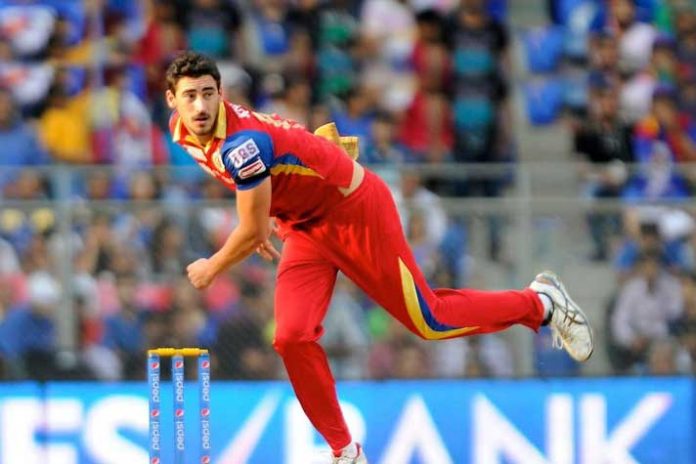 Kolkata Knight Riders have released the Australian seamer Mitchell Starc ahead of the Indian Premier League Season 12. Just one text message has assured that the Australian new ball bowler might not figure in the IPL for the second successive season.

The ₹ 50 lakh KKR acquisition at the last IPL auction last year, who was forced out of the lucrative deal by a leg injury, Starc has confirmed to the Australian media that he did not figure in KKR’s scheme of things for the next season.

“I got a text message two days ago from the owners of Kolkata (Knight Riders) saying I’ve been released from my contract,” Starc has confirmed to reporters in Sydney today (Wednesday),” Starc said.

“At the moment I’ll be home in April. I obviously didn’t go last year with my tibia injury and it was a great opportunity to freshen the body up, let everything heal by itself. I guess barring a little niggle in my hammy I’ve felt pretty good with my body and my strength and the rest of it.

“That little period of time has really paid off for the body. If I don’t play the IPL next year it’s a good opportunity to freshen up for a massive six months of cricket in the UK.”

The Pace ace is an unlikely starter for the league next year unless he joins the player pool at the auction, expected to be on December 16 in Goa. He may though skip the attraction of the big fat IPL purse for national duties in England – for the ICC World Cup and the prestigious Ashes Series, both scheduled for next year.

Star’s occupation with the national team in build up to the World Cup and the Ashes are being attributed the major reasons for KKR’s call to let him go.