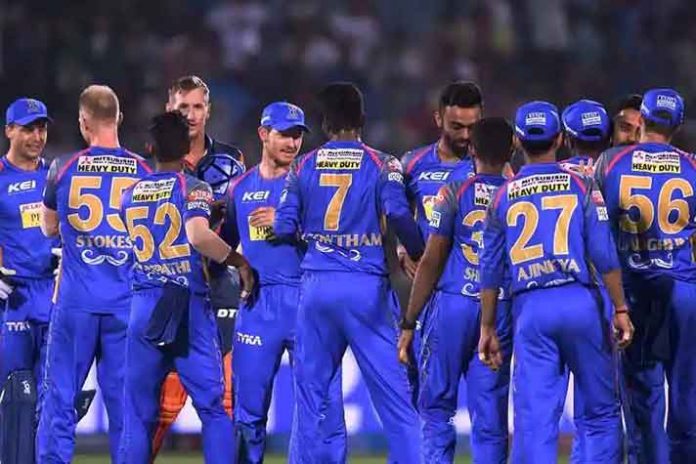 Rajasthan Royals have retained 16 players for the Indian Premier League Season 12. The list includes tainted former Australian captain Steve Smith, who is serving a one-year suspension for his role in the ball tampering scandal on the tour of South Africa last year.

India’s Jaydev Undakar and Anureet Singh are among the released players.

Rajasthan Royals, the team that made a strong impact by finishing among the top four teams in the league stage and qualifying for the playoffs last season, have retained 16 of their players ahead of the Indian Premier League auctions for 2019 season.

Rajasthan Royals relied on the proven match-winners and young guns who stood up and delivered in the last season. The likes of Jos Buttler, Sanju Samson, Krishnappa Gowtham, Jofra Archer and Shreyas Gopal are some of the names who sparkled and have been retained, the team has stared in a write up on its official website.

The franchise has therefore decided to retain most of the squad. Rajasthan Royals have made some crucial acquisitions in the previous season and build a young squad around some key players of world cricket.

Zubin Bharucha, Head of Cricket for Rajasthan Royals, commented on the retained players, “The results in the previous season have been impressive and that is why we have decided not to disturb the balance of the squad. We cannot wait for the start of the 2019 season and preparation has already begun.”

With a lot of back and forth and deliberations on the vision ahead for the Royals, the team decided to release Australian batsman D’Arcy Short along with right-arm fast-medium bowler Ben Laughlin and South African Wicketkeeper-Batsman Heinrich Klaasen.

Besides this, chinaman Zahir Khan from Afghanistan along with Dushmantha Chameera from Sri Lanka have also been released.

Speaking of the released players, Lead Owner for Rajasthan Royals, Manoj Badale said, “After analysing our performances of 2018 and plotting our vision for the season ahead, we have decided to release a few players from our squad. We are grateful for their exceptional effort during the tournament last season and wish them success in their future endeavours, whilst they will always continue to be part of the extended Royals family.”