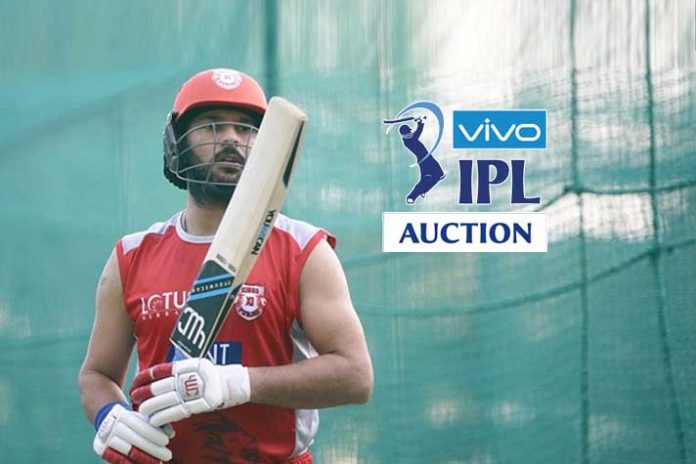 Total 346 players have been shortlisted for the Indian Premier League Season 12 auction at Jaipur on December 18 following a nod from the franchisees.

Yuvraj Singh, put back in the auction pool by Kings XI Punjab, still finds the team owners interest as he seeks yet another year in the cash-rich league. To stay in contention one of the T20 cricket’s biggest talents has slashed his base price by 50% to ₹ 1 crore. The cricket icon figures in the IPL auction short list alogn with Axar Patel and various other international stars.

The IPL 2019 Player Auction list is out with a total pool of 346 cricketers set to undergo the hammer in Jaipur on December 18, 2018. While 1,003 players had initially registered, the final list has been pruned after the eight franchises submitted their shortlist of players, states a Press release.

With ₹2 crore as the highest reserve price, nine overseas players – Brendon McCullum, Chris Woakes, Lasith Malinga, Shaun Marsh, Colin Ingram, Corey Anderson, Angelo Mathews, D’Arcy Short – have opted to be slotted in the highest bracket. There is no Indian in the top base price bracket.

With ₹1.5 crore as base price, Dale Steyn and Morne Morkel will hope to return to action for the 12th season of the VIVO IPL. Among the Indian quicks, Mohammed Shami has set his base price at ₹1 crore while Ishant Sharma will invite the first bid at ₹75 lacs. The lanky seamer had failed to find a buyer for the past two seasons.

The eight franchisees will turn up in the auction hall with a total ₹145.25 crore to buy up to a maximum of 75 players during the one-day auction process.