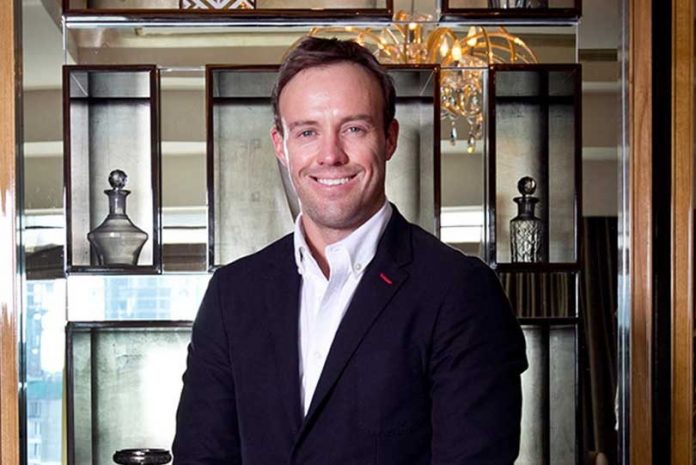 In his autobiography published in 2016, Royal Challengers Bangalore’s batting phenom AB de Villiers stated, “It wasn’t going to be enough for me to be just another run-of-the-mill international batsman with an average in the mid-30s”. ABD promised himself to become the best batsman in the world and he stayed true to it! Celebrating the 13th anniversary of the VIVO IPL, South Africa super star AB de Villiers, was declared the Greatest of All Time (GOAT) among batsmen in the history of the tournament by the jury of Star Sports on its flagship show Cricket Connected.
De Villiers, who was picked ahead of his VIVO IPL colleagues Virat Kohli and Chris Gayle, and Sunrisers Hyderabad’s David Warner, also surpassed the likes of Virender Sehwag, MS Dhoni, Suresh Raina, Kieron Pollard and Shane Watson in the pecking order.
One of the most feared batsmen in the world and admired by fans worldwide, De Villiers, who has scored 4395 runs in the league at an average of nearly 40 and a strike rate of 151.23, has been an enigma with the willow in his hand. Even at the M Chinnaswamy Stadium, Mr. 360 or Superman as he’s termed along with the several other sobriquets for his super-human batting traits, the venue would erupt with a huge roar as they awaited a blistering performance from RCB’s most flamboyant player. ABD’s ability to send the ball across all parts of the ground as he danced at the crease, coupled with his enviable skill of decimating any bowling attack, gave him the that edge over the rest in the list of nominees.
AB de Villiers broke all norms while batting and was a power packed finisher for RCB. His records in the VIVO IPL include five 100+ partnerships and two 200+ partnerships with captain Virat Kohli along with three centuries to his own name. His ability to switch from classical batting to breath-taking innovative strokes along with his consistent performance makes him the clear winner.
Speaking about ABD’s brilliance, former New Zealand pacer and Star Sports expert Danny Morrison said on Cricket Connected, “Mr. 360. If I look at that list, I’m going to go with AB de Villiers. Mr. 360, because I have seen him score all around the park, all over the IPL.”
AB de Villiers’ international retirement came like a bolt from the blue in 2018, but he wants to put that behind and launch a serious comeback to the game. Expressing his desire to play again, AB De Villiers said on Star Sports’ show Cricket Connected, “Who knows what’s it’s going to be like in 6 months. You’ve got to stick through this time. I really want to play in maybe 12 months’ time, or a year or two. I don’t know what’s going to be happening with the schedule.”
Along with Danny Morrison, former team-mate Graeme Smith, Star Sports experts Tom Moody, Ian Bishop, Alan Wilkins, Darren Ganga and Mike Hesson voted for the extravagant ABD as their first choice for GOAT batsman.
About the Jury
The jury comprised of 50 members which included former cricketers (20), senior sports journalists (10), statisticians & analysts (10), broadcasters (7) and anchors (3) and analysts who chose the best among the list of top 10 players in each category and a list of 5 players each in categories of Greatest Captain and Coach.  A shortlist of 3 names based on the 50-member jury’s votes were then deliberated upon by former KKR captain and two-time IPL champion Gautam Gambhir, former England captain and World T20-winning batsman Kevin Pietersen, ICC World Cup and IPL champion Ashish Nehra, 2007 ICC World T20-winning all-rounder Irfan Pathan and former New Zealand pacer and VIVO IPL commentator Danny Morrison, who picked the winners.