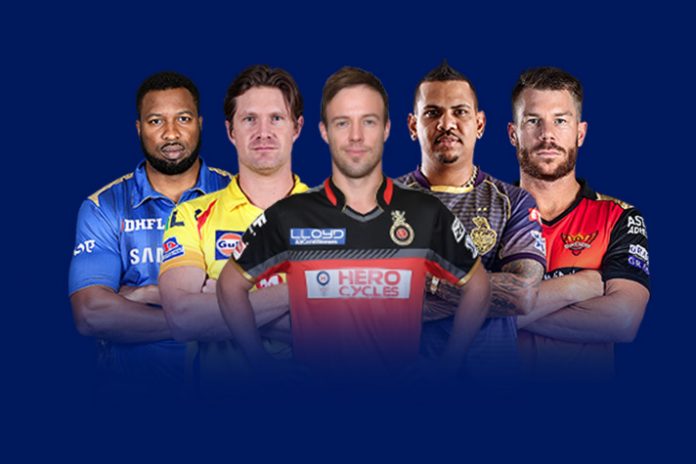 Indian Premier League has been to cricket, what top European professional leagues have been to football, NBA to basketball and MBL to baseball. Players from different nationalities and countries have been earning their career best cheques and getting deals of their lifetime from cricket’s richest league.

The highest bid at the IPL 2020 Auction on December 19 was made for an overseas players. The ₹ 15.5 crore Kolkata Knight Riders have committed for Australia Pat Cummins leaves behind in annular salary contract the likes of Rohit Sharma and Mahendra Singh Dhoni. The duo with Virat Kohli makes the three-member IPL ₹100 crore overall salary club.

Over the years overseas players have been an important feature in the Indian Premier League and during the early days’ players like Andrew Symonds, Andrew Flintoff, and Kevin Pietersen used to be the IPL’s million rupee assets. That was the time when ₹6 crore to ₹ 7 crore were considered lucrative deals. With the passage of time, the salaries have increased to two to three folds. While there have also been star players from South Africa, New Zealand, the West Indies and Sri Lanka; Australia and England have the highest number of IPL’s top earners behind hosts India.

The Sri Lankan veteran who has been a consistent member of Mumbai Indians since the inception of the league in 2008 has only missed one season and was back again playing for MI. He has won four IPL titles with MI with the last one coming in 2019 when he defended 8 runs in the final over against Chennai Super Kings. The dominant force has earned ₹48,22,19,500 over the 12 seasons of the league. He features in the No. 10 position for career salary aggregate for overseas players.

The all-rounder from Australia, who has made his mark since he emerged on the IPL horizon. He had earned the second-highest winning bid of the IPL Auction 2020. He came back after a break from the stress-related issues and started playing for Melbourne Stars in the Big Bash League. In his eight years of IPL career with three different franchises and one IPL title, Maxwell has bagged ₹49,17,75,400 in salary contracts and the ninth highest paid overseas player.

In just his four years of IPL with two teams, the World Cup-winning English all-rounder has already become one of the players to get into the ₹50 crores IPL salary club. He was a very important member in his debut season when his team made it to the finals. After being retained for the second time in a row by Rajasthan Royals, he remains the player to watch out for in IPL 2020. Earning ₹52,00,00,000 crores in just four years, he is the eighth highest-aggregating overseas player.

The Universal Boss remains among IPL’s leaders too. The giant Jamaican has played every single season of the IPL, featuring for three different teams over the years. Last couple of years haven’t been that beneficial in terms of salary as per his standards. Still, the person with the most number of sixes in the IPL has earned ₹56,56,57,000 and is at number 7 among the earning overseas players.

The middle-order South African who played for Kings XI Punjab for nine consecutive years was released by them before the IPL Auction 2020. Miller this year went to Rajasthan Royals for his base price of ₹75 lakhs. Despite this, Miller’s career IPL salary amounts to ₹58,24,54,000, good enough to get him the No. 6 position among the top-earning overseas players.

Since the entry of Australian opener David Warner into the IPL in 2009, he has been an imperative member for first Delhi Daredevils and now for the Sunrisers Hyderabad. Warner has won one IPL title with Sunrisers Hyderabad. With ₹58,50,17,300 IPL career contracts, he makes it to IPL’s elite five overseas earners.

The swashbuckling all-rounder from West Indies is now in his 11th straight IPL season with Mumbai Indians. Pollard has been either retained by the MI franchise or been bought back in the IPL Auction. Four IPL titles with MI have been the highlight for the current West Indies captain and with ₹69,13,03,500 he is the fourth-highest overseas salary aggregator on the IPL Moneyball digital salary calculator.

The most valuable player of the inaugural IPL season, Shane Watson is among the players to have played all the seasons of IPL. He has turned up for three different franchises. Watson has won two titles – one apiece with Rajasthan Royals and Chennai Super Kings. Player of the finals in 2018 IPL finals, Watson has been a consistent earner in the IPL and with ₹77,13,48,250 over the years, he is the third-highest overseas earner in the history of IPL.

The mystery spinner from Trinidad made his IPL debut in 2012 when Kolkata Knight Riders bagged him for ₹3.5 crores. Over the years Narine has cemented his place in the KKR squad and has only played for the purple and gold. The bowler turned all-rounder has been pivotal in KKR winning two-titles in 2012 and in 2014. Playing for his ninth straight season for KKR, Narine has amassed ₹82,74,78,000 and his second-highest overseas earner in IPL. He interestingly is the only overseas player in the list of IPL’s overall salary aggregators and tops the chart for the highest-earning bowlers.

Mr 360 as he is known around the world has played for two different franchises since 2008. Having started with Delhi Daredevils, he is now an imperative member of the Royal Challengers Bangalore. Unfortunately, AB de Villiers has not been able to win a single IPL title in his career over the years. Former Proteas captain will once again be fighting for a championship in 2020 and is the only overseas player to have fetched more than ₹90 crores from IPL. With an earning of ₹91,51,65,000, de Villiers tops the table of overseas players for highest salary aggregation as per the IPL Moneyball digital salary calculator.