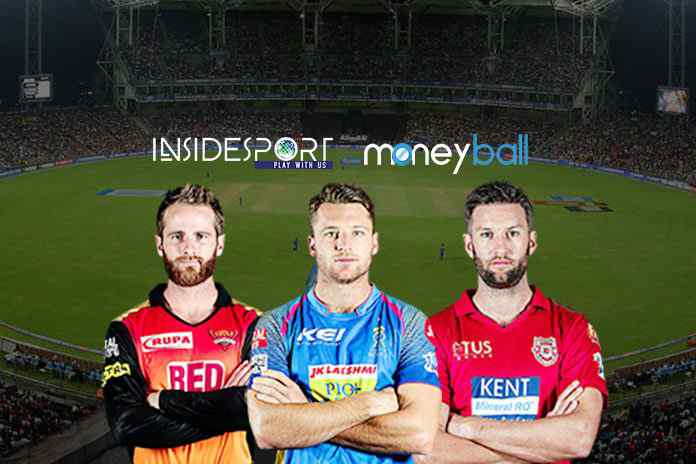 The Indian Premier League is as much about its overseas icons, as it has been about the Indian cricket professionals over the years. Each season brings to the fore new stars while many big names slip into the wilderness.

Some shine like a flash in the pan to grab headlines on their day. Then there are “value for money” contributors who keep their teams in the headlines with consistency in their performances. Kane Williamson, Jos Buttler and Andrew Tye are three overseas consistent performers of IPL 2018 – all emerging as the drivers and saviours for their respective teams.

New Zealand batsman Williamson will top the billing on these counts. Chips were indeed down for SunRisers Hyderabad when Williamson was handed the responsibility to lead the side, which had lost its designated captain and most reliable batsman David Warner for his role in the ball-tampering scandal during the South Africa-Australia series earlier this year. The Kiwi national team captain might not have been a regular choice even for the SunRisers Hyderabad XI if Warner were around.

Williamson rose to the big occasion. He filled the big void created by Warner’s absence. Williamson is delivering like the IPL overseas star for 2018 – keeping SunRisers Hyderabad atop the league standings with his astute captaincy and consistent performances with the bat. The seasoned Kiwi is placed third in the Moneyball IPL Rank List.

Williamson, the only overseas captain in 2018 season, is giving the other seven Indians a run for their money. If SunRisers Hyderabad are the frontrunners in the IPL table and they were the first to book a berth in the knockout second round, it is primarily for their captain who is leading the side by example.

Unlike Williamson who earned a mere ₹3 crore annual deal from the SRH, Englishman Jos Buttler was a key overseas acquisition for Rajasthan Royals. The team, returning to the IPL fold after a two-year suspension, had acquired the English batsman for ₹4.4 crores for the 2018 IPL season. The former England ODI captain has been playing the crucial role to keep the Royals in the race for a knockout berth.

With 509 runs from 12 matches, Buttler is one of the only five batsmen to have accumulated 500 or more runs this season. Delhi Daredevils’ Rishabh Pant (582), Williamson, Kings XI Punjab wicketkeeper-batsman KL Rahul (537) and Chennai Super Kings veteran Ambatti Rayudu (535) are the other four.

But for Buttler’s consistency, the Rajasthan Royals, also let down by their bowlers, might well have been languishing at the bottom of the IPL points table with Delhi Daredevils and star-studded Royal Challengers Bangalore.

Buttler’s 509 from 12 innings include five half-centuries including an unbeaten 95, 47 fours and 19 sixes. Wicketkeeper-batsman Sanju Samson (379) and skipper Ajinkya Rahane (280) are the team’s next best performers with the bat.

Kings XI Punjab are among the better-placed teams in the race for a knockout berth. Aussie pacer Andrew Tye with his lethal bowling has led the KXIP attack. With 20 wickets from 11 matches, Tye is donning the purple Cap for scalping maximum wickets this season. Many eyebrows were raised when the team co-owner Preity Zinta had went on to raise the bid to ₹ 7.2 crores for the Aussie. This has turned out to be the most impactful acquisition for Kings XI Punjab.

Tye’s 20 wickets in 11 games, including two four-wicket hauls, at an economy of 8 runs per over and striker rate of 13.2 have won many battles for Kings XI Punjab.

There are other big names of global cricket like AB de Villiers, Chris Gayle and veteran Shane Watson – who have put forth their high class. However, on the parameters of consistency and contributing to a team’s cause – Williamson, Buttler and Tye appear the best overseas recruits by their respective franchisees this IPL season.

St-Etienne vs Paris Saint Germain LIVE in Ligue 1: How to...