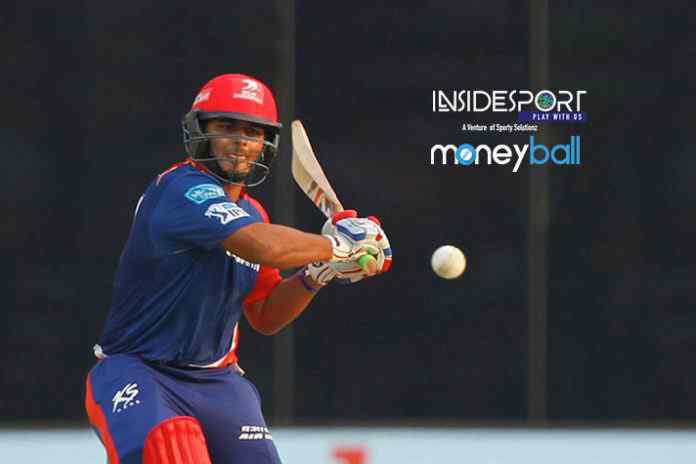 The Indian Premier League 2018 is effectively over for the Delhi Daredevils except for going through the motions to complete the customs of playing out all their league games. The remaining three will have no bearing on the fate of the Delhi Daredevils, who are already out of the race for a berth in the knockout stage.

Rishabh Pant is still standing tall and rock solid amidst ruins of a crumbled team. Representing the team placed at the bottom of the IPL points table, the 20-year-old Pant can hold his head high with pride, as he dons the Orange Cap for being the league’s top performer with the bat– 521 runs with one century, three half-centuries, 56 fours and 27 sixes from 11 innings. The average of 52.10 and strike rate for 180 will be the dream statistics for a batsman or a team in the T20 format.

Pant’s unbeaten 128 off a mere 63 balls on Thursday is the biggest knock of IPL 2018. The youngster was under pressure. His team was not performing. There was precious little support from the other end. He had to live with the blame for getting two other Delhi Daredevils batsmen run out for an error of judgement and not backing up his own calls for runs. Amidst, adversities, Pant showed a nerve of steel, drawing rich accolades from the masters of the game.

Saw McCullum in 2008..rishab pant innings right up there .. what a knock @bcci.@DelhiDaredevils @ParthJindal11

Really special innings from Rishabh. Those were not bad balls from Bhuvi in the last over barring the last full toss, but Rishabh Pant is really special and I hope he is nurtured well. #DDvSRH

Pant is also the top player on the IPL Moneyball Impact Rank – being credited with 539 points for his 521 runs, three catches, two run outs and a stumping. The ₹ 8 crore Delhi Daredevils acquisition is placed 31 on the Value for Money ranking. His rise over the years has been phenomenal. In his all three IPL seasons, Pant had donned Delhi’s Blue and Red colours.

Pant’s commitment to the sport is on a par with the likes Sachin Tendulkar and Virat Kohli. Just like the two legends, Pant had endured the emotional blow of father’s demise and returned to serve the game and his team soon after the cremation.

In the game against Sunrisers Hyderabad on Thursday, the visitors were holding their most potent weapon with the ball Bhubaneswar Kumar to deal with the last-over slogs. Young Pant sent the seasoned seamer and his Hyderabad teammates on a leather hunt – slamming 44 off Bhubaneswar’s last two overs.

Pant is not just leading the IPL table for the season, he is also the leading scorer in the T20 format this year. For Delhi in Indian domestic cricket and Delhi Daredevils in the IPL, Pant so far has slammed 926 runs from 27 outings. Australia D’Arcy Short has accumulated 830 from 20 innings for Australia, Big Bash side Hobart Hurricane and Rajasthan Royals. Shane Watson has 792 runs to his name from 26 outings and Raina 767 from 26 this season.

The Young Man still may not have a big reason and the right mood to celebrate. For his team is a Flop even when he is on the top.