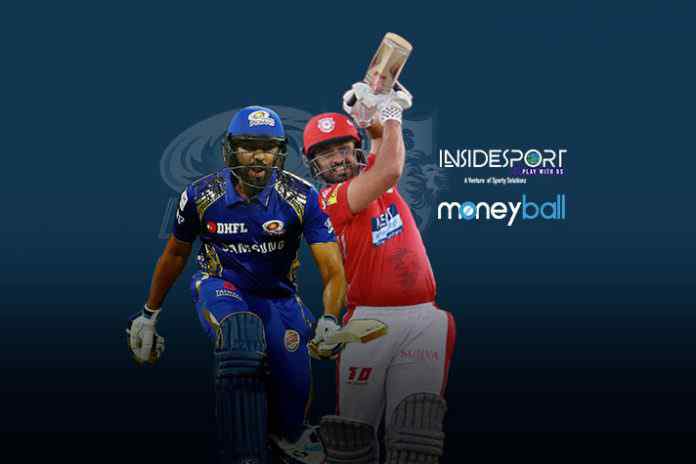 Kings XI Punjab and Mumbai Indians are faced with a ‘now and never’ situation. The one who falters will miss the bus to the Indian Premier League 2018 knockout playoffs. The last game will only be of academic interest for the team that fails to save its interest at the Wankhede Stadium today (Wednesday).

Kings XI Punjab has squandered its position of advantage with a series of three consecutive defeats. For Mumbai Indians it has been a topsy-turvy quest to defend the IPL title – from the auction to their last tie, the team is let down the most by its biggest investment for the season.

Mumbai Indians’ top gun Rohit Sharma has failed to fire when it mattered the most. The struggling captain seldom succeeds to get the best result from his team. That has been the story of high profile Mumbai Indians this IPL season. 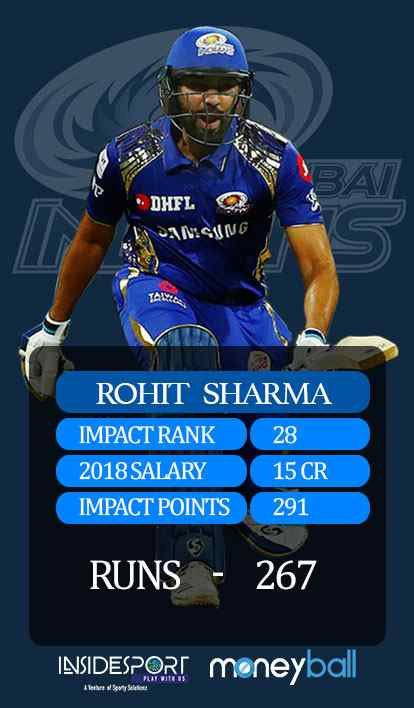 Among the two top hits in the IPL Moneyball overall points and the IPL 2018 Auction table, Rohit has been one of the biggest mishits of the season – not just for the Mumbai Indians but also for the league.

A mere 207 runs from 12 outings and 291 points on the IPL Moneyball Impact Points neither justify his reputation as a batsman, position as the team captain nor his ₹15 crore salary deal with the IPL Mumbai franchisee. He is one of the only two crorepaties in the IPL career revenues with total earnings of ₹101.60 crore rupees. Chennai Super Kings captain Mahendra Singh Dhoni tops the chart with ₹107.84 crore IPL career salaries.

These disappointing numbers put the Mumbai Indian captain in the fifth position on the IPL Impact Points even in his own dressing room. Surya Kumar Yadav, Hardik Pandya, Krunal Pandya and Nitish Rana are better placed to have kept the Blue and Golden team’s hopes alive. 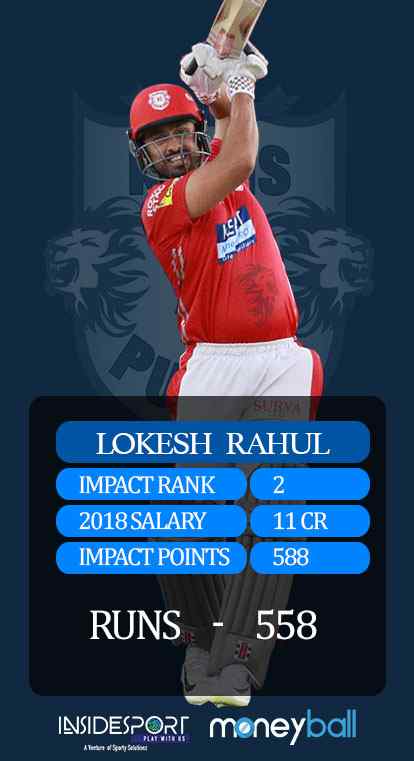 If Mumbai is let down by their best prospect, rivals Kings XI Punjab have been given the best value for money by their top investment KL Rahul, the ₹11 crore acquisition for the season. The wicketkeeper-batsman is placed only behind Delhi Daredevils’ Rishabh Pant on the IPL Moneyball Rank with 588 impact points for 558 runs, eight catches, one stumping and run out.

If the Mumbai Indians are let down by their best bet Rohit, for Kings XI Punjab Rahul has failed to get the desired support. Rahul’s fellow opener Chris Gayle is the next best KXIP player with a 19th position on the IPL Moneyball Impact Rank. Then comes promising Karun Nair in the 29th position.

It is ‘now or never’ also for Rohit and Rahul to keep their hopes alive in IPL 2018. KXIP have come this far on a strong show by Rahul. MI are in this situation on weak performance by Rohit. The showing of the two players will be crucial for the teams set for the battle at the Wankhede Stadium later today (Wednesday).