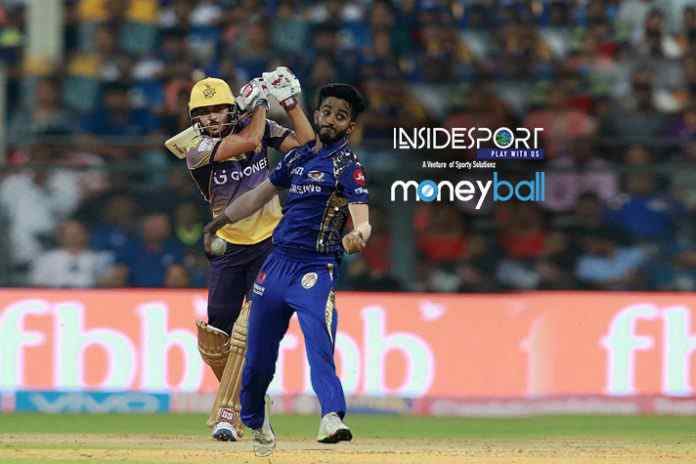 Sanju Samson has been the most productive player after a total of 13 matches over the ten days’ of action in the Indian Premier League 2018. Mayank Markande though tops the chart for returns on investment for a player’s salary and performance values for the season. In terms of returns on investment, Manish Pandey has so far been the biggest disappointment for the season.

InsideSport MONEYBALL, the professional sportsperson’s salary calculation digital tool, has devised a method to work out a professional cricketers performance value viz a viz his professional salary for the season. In an easier manner, the number of wickets taken or runs scored can give the per wicket cost for a bowler or per run value for a batsman. However, a players’ contribution on the field goes beyond getting wickets and scoring runs.

The players with lesser salaries, if given a chance to play, expectedly churn out to the better “value for money” or give better returns on investments to the franchisees. ‘Accidental leg-spinner Mayank Markande tops the bill in this category. The mere ₹20 lakh purchase of Mumbai Indians, Markande for his seven wickets and ten runs from three games has aggregated 80 points. This performance makes him the best Value for Money deal of the season so far with a per performance point cost of ₹ 25,000. Rajasthan Royals’ Shreyas Gopal, another ₹20 lakh acquisition, comes next with 30 points and per point cost of ₹52,632. Royal Challengers Bangalore batsman Mandeep Singh has aggregated the maximum 106 points among the Value for Money chart toppers. However, based on his ₹ 1.4 crore contract he still gets the fourth position with the per point cost of ₹1.32 lakh. 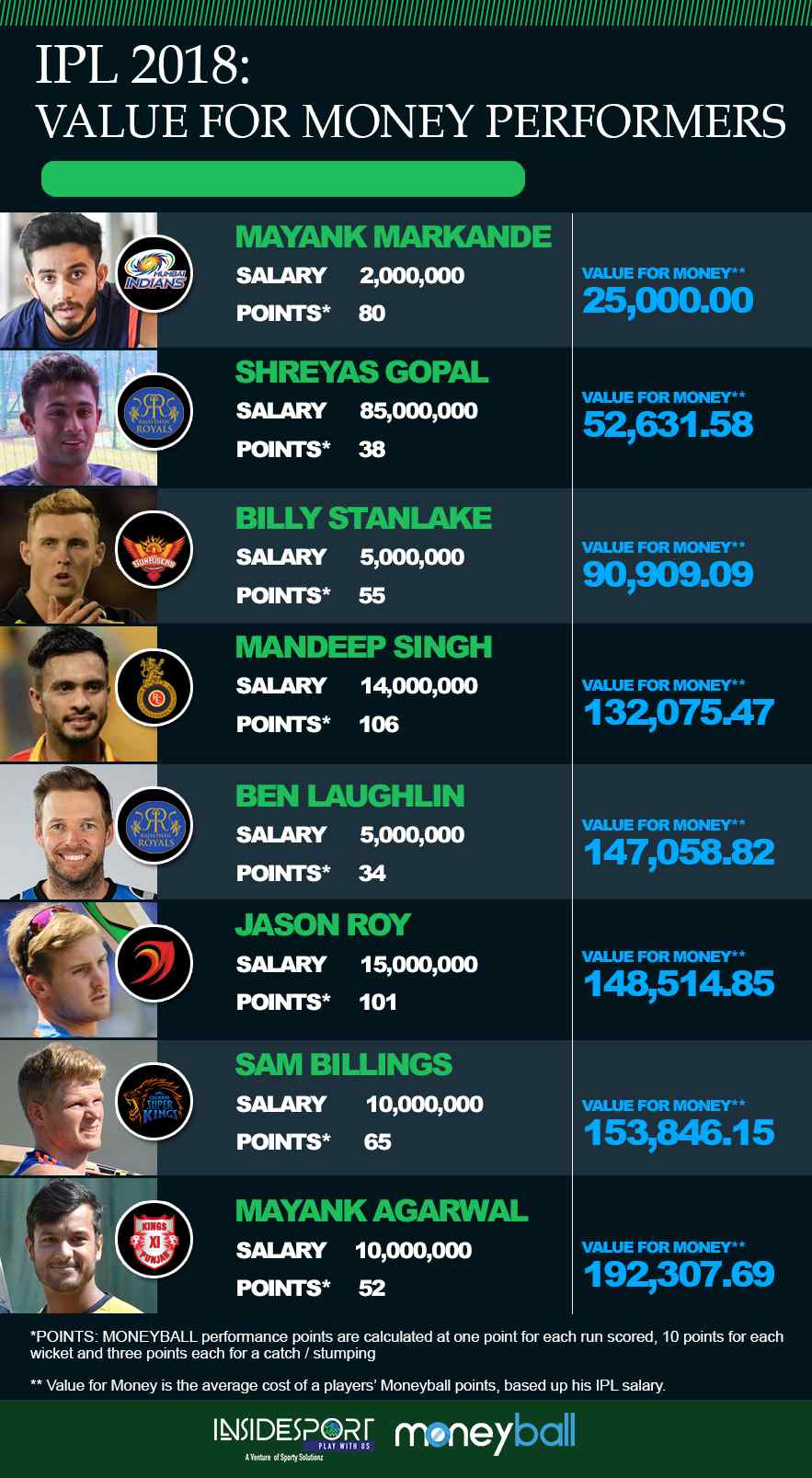 If Markande has been the biggest HIT in terms of value for the money he will be getting, SunRisers Hyderabad veteran Manish Pandey has turned out to be the biggest FLOP so far. Pandey as of now has accumulated a mere 24 points in Hyderabad’s three wins from as many matches. Considering his annual salary contract of ₹11 crore, Pandey’s each performance point till date is costing his team ₹43.83 lakh.

The Indian to win the biggest IPL 2018 bid of ₹11.5 crore, too has only brought home disappointment for Rajasthan Royals. The India and Saurashtra bowler has accumulated a mere 27 points, for the 99th MONEYBALL performance ranking with the ₹42.59 lakh per-point cost. 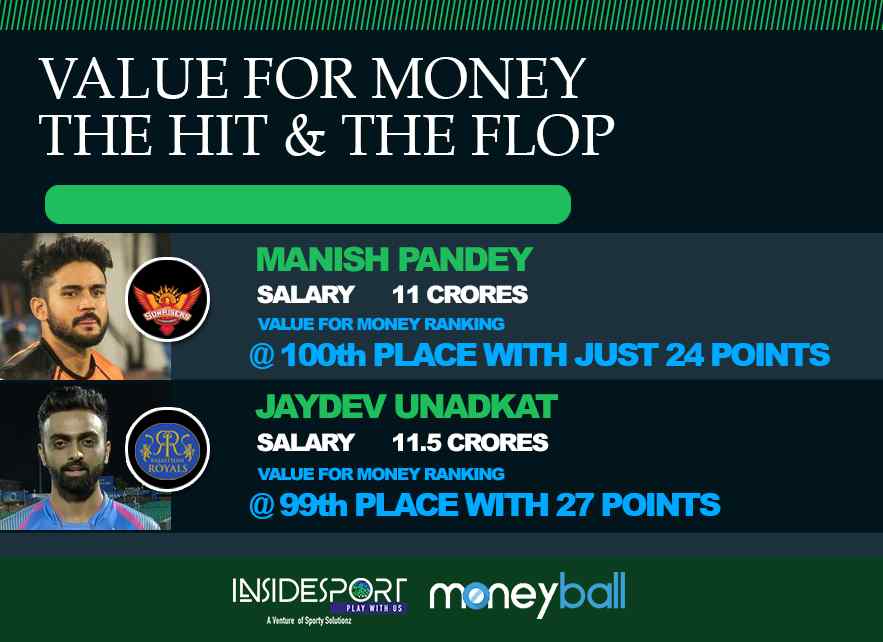 Insidesport’s MONEYBALL will be providing the VALUE for MONEY analysis after completion of the week-end headers all through the IPL Season 11.