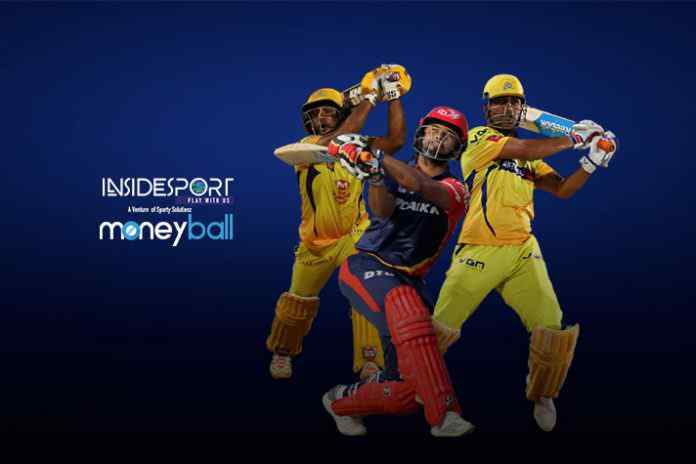 The Indian Premier League 2018 will also be known for the resurgence of three top cricket stars – Mahendra Singh Dhoni, Ambatti Rayudu and Rishabh Pant. The trio has made an impact on the IPL Moneyball Rank worth securing their respective positions in Indian cricket.

Going into the IPL Season 11, Rayudu was already considered a spent force – an extremely talented batsman who could not match his potential for an impactful international career. The 32-year-old Guntur cricketer was being considered done and dusted for international cricket. Not anymore! The veteran, acquired by Chennai Super Kings, has given himself a lease of life worth extending his career by several years. The seasoned batsman – with 535 runs from 12 innings, laced with an unbeaten 100 and 150+ average – is among the top five scorers this IPL season. He holds a sixth position on the IPL Moneyball Impact Rank – good enough to secure him a ticket to England for the One-Day International series.

Battle-hardened Mahendra Singh Dhoni is a man of few words. He lets his talent do the talking – more so when the chips are down. The critics had pronounced him a spent force not good enough to back India’s campaign at the ICC World Cup next year. The chase master was under the scanner – being probed for having lost his flair with the willow, having been deserted by his helicopter shots, faltering in chases to become the cause of team’s losses.

Dhoni has laid all the questions to rest – assuring the Chennai Super Kings of the berth in the knockout playoffs with two matches to spare. He has led the team by example. He has been as much impactful behind the stumps as in front wielding the willow in his trademark fashion. Six catches, two stumping, one run out and 413 runs are a testimony to the fact that the veteran stumper still remains the best in the business.

Let down by his own team and teammates, the Delhi Daredevils wicketkeeper-batsmen tops the IPL batting charts even as his team is languishing at the bottom of the points table for the season. The Delhi wicketkeeper-batsman is rewarded with a place in India A squad for the limited overs triangular series against the Caribbean and the Englishmen. Pant, the number one batsmen on IPL and Moneyball standings, with a perfect present has also assured himself of a secured future. It is not easy to excel when you are the part of a defeated lot. But, Pant did – scoring 582 runs, taking four catches behind the wicket and executing a stumping and two runs outs.

Then there is a trio which has cast a shadow on its future. Yuvraj Singh with a mere 64 runs from five innings, before he was dropped from the Kings XI Punjab, has virtually spelt the end of his international and IPL career. So did another southpaw Gautam Gambhir, who had to relinquish himself from the Delhi Daredevils captaincy after a series of disappointing knocks, producing just 85 runs in six matches. The former Delhi captain, who formed a formidable opening pair with Virender Sehwag, does not seem to have left with enough steam for another season in any form of top cricket.

The 27-year-old Bangalore batsman Mayank Agarwal had presented a perfect case for an India berth with his solid knocks in the domestic first-class cricket. His omission from the national teams was being questioned. He has done more harm than good to his immediate future this IPL season. Kings XI Punjab have been patient enough to play him in 11 matches, but an aggregate of a mere 120 has left a lot to be desired. He must be considering himself lucky for having secured a place in India A squad for the tri-series and four-day matches. He can only blame himself for having missed out a berth in the Indian squad for Afghanistan’s debut Test match.