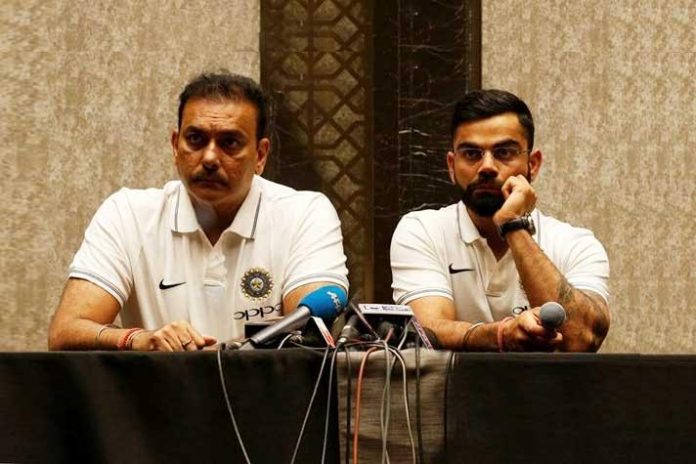 The Indians cricket team that left for limited overs cricket series in Ireland and England has an enviable commercial value.

The mind-blowing commercial values are drawn only from players Indian Premier League salaries run into hundreds of crore rupees. The brand values of the icons Virat Kohli and Mahendra Singh Dhoni are excluded from this MONEYBALL calculation to evaluate the team’s collective commercial worth only on cricketing merit.

This MONEYBALL calculation is full of surprises far beyond the collective commercial worth of the Team India that has flown from Delhi to Ireland on Friday night.

It is no less interesting to know the individual commercial cricket value of the players before reaching the collective worth of the 16-member squad.

The Indian captain has not yet reached the second position. The first two positions are occupied by India’s and Indian Premier Leagues only two ₹100 crore boys on the IPL MONEYBALL players’ salary calculation charts.

Skipper Kohli is placed third with ₹92.2 crore value, all set to break into the ₹100 crore club with the next IPL season.

The table below reveals the MONEYBALL value of the Team India members. 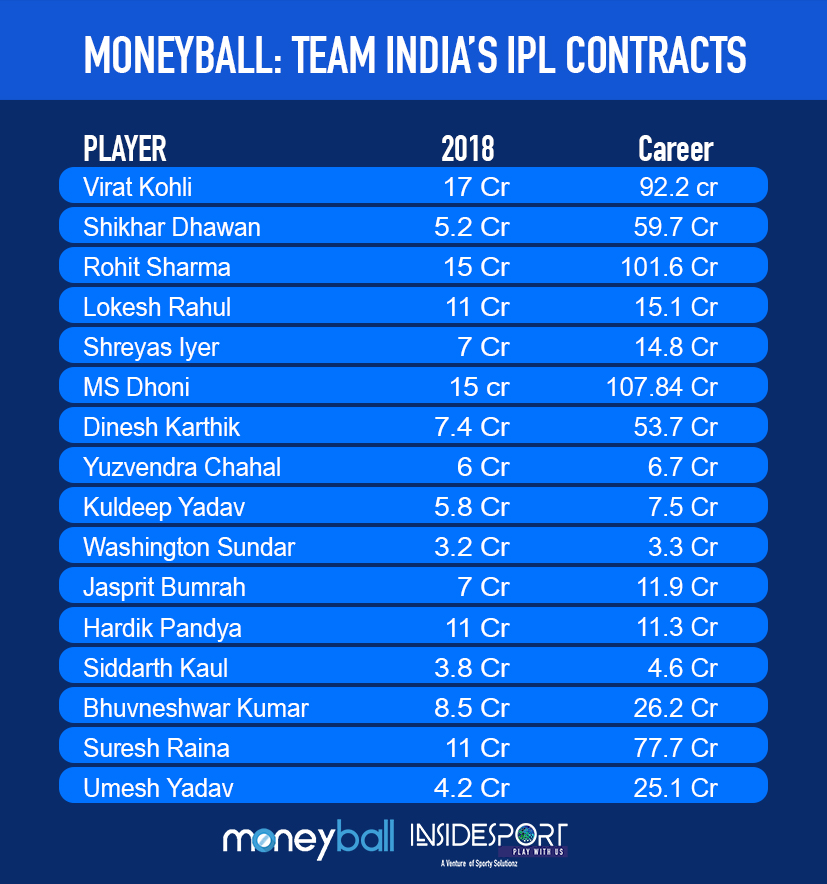 The collective worth of the combine that will play the limited overs series in Ireland and England stands at a whopping ₹619.4 crore. This is just for playing professional cricket in the Indian Premier League. Any addition of the commercial endorsement deals of the likes of Kohli and Dhoni along with BCCI’s annual retainer ship and match fee over the years will make these figure enviable for numerous top professionals in many sporting disciplines.

In cricket, no one comes closer to the commercial strength and potential of team India and its top brands.