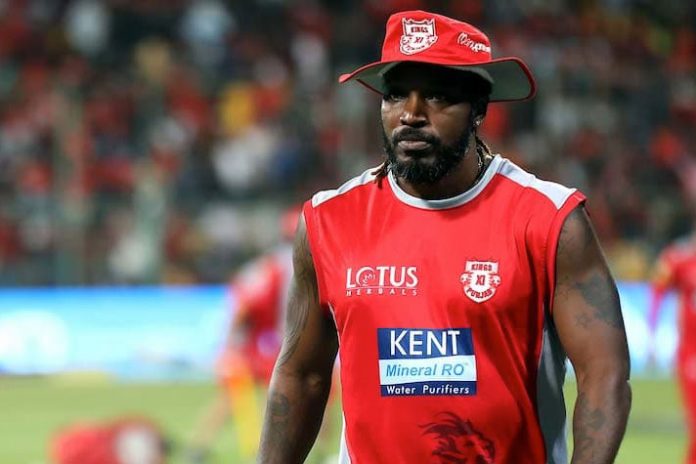 Chris Gayle’s 99 runs knock against the Royal Challengers Bangalore in his 8th match of the IPL season 12 has helped him to make the extensive jump from the 9th spot to 4th spot in the IPL 2019 Impact Index. Gayle has accumulated 322 points for his 322 runs in IPL 2019. 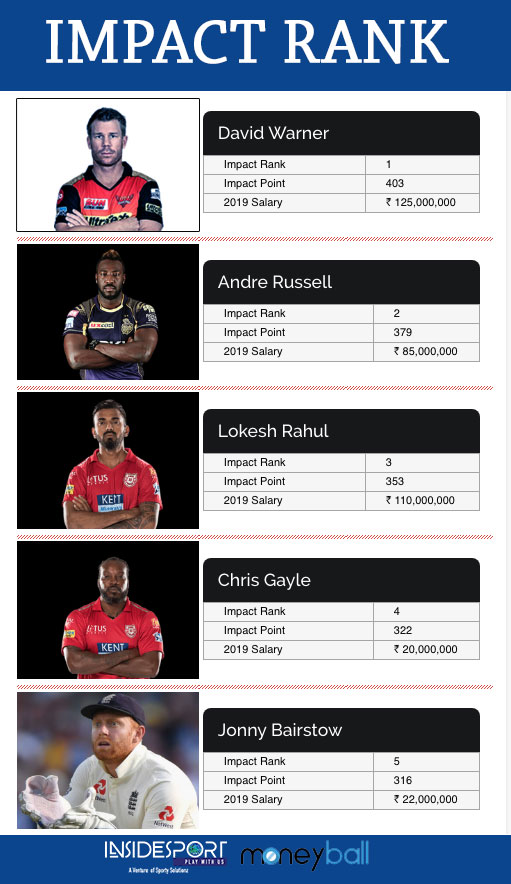 Chris Gayle has acquired the 5th spot in the top 5 VALUE FOR MONEY RANK table across his 8 games of this season. Usually, Players with the lowest amount spent for each impact point gets ranking higher up the order. But Gayle’s ₹ 62,111.80 Each Impact Point Cost have placed him in the top 5 spots. 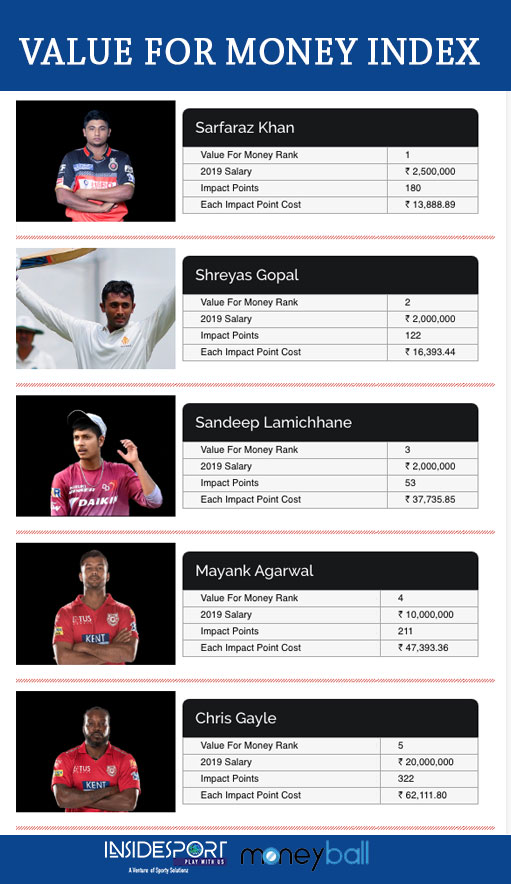