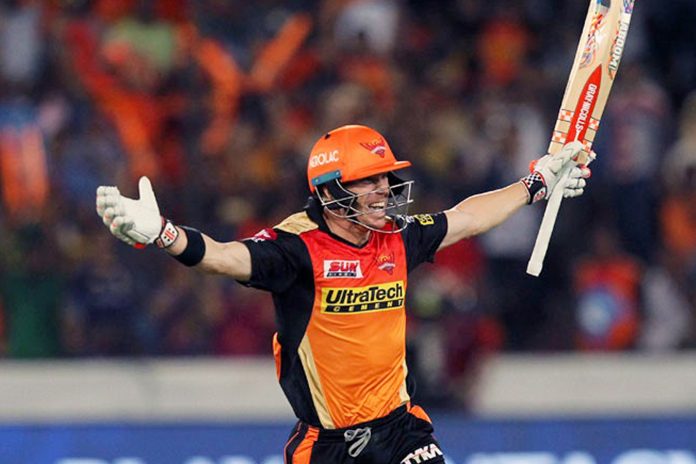 The SunRisers Hyderabad top opener David Warner signed off from VIVO Indian Premier League 2019 (IPL 2019) as being the most impactful player IPL Moneyball Impact Table and the Kolkata Knight Riders game changer, Andre Russell come the next.The Kings XI Punjab wicketkeeper-batsman Lokesh Rahul has regained his position in the IPL Moneyball  Impact Table as he has been placed 3rd in the Impact Table in the 48th game so far of this IPL 2019.

David Warner with 698 Impact Points for his 692 runs and two catches is remained on the top. KL Rahul, as the leading Indian on the IPL 2019 Moneyball Impact Table chart, in 12 games of this IPL season 12 has accumulated 520 runs and taken 7 catches to notch up the 541 impact points.

David Warner signed off from VIVO IPL 2019 in style; the Australian top-scored for the Sunrisers for the fifth time this season. His 81 – which came off 56 balls and contained 7 boundaries and 2 sixes – took his tally of runs for the season to 692. Warner also created his own scoring opportunity by playing the switch-hit on a couple of occasions. The one other feature of Warner’s innings, which won’t be evident from a glance at the scorecard, is how hard he ran between the wickets; Warner’s 81 contained 25 singles and 8 twos.

Given the enormity of the chase in front of Kings XI Punjab, the spotlight was on their openers, Chris Gayle and KL Rahul. After Gayle was dismissed at the start of the third over, the onus fell on the shoulders of Rahul, who did not disappoint. Rahul once again started slowly, but accelerated as the innings progressed; he battled hard, constructed his innings, and played some delightful strokes in his 56-ball 79.