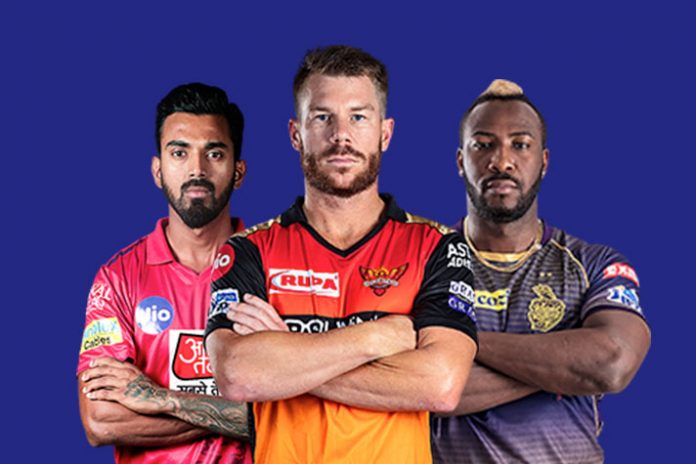 SunRisers Hyderabad and Australian opener David Warner has emerged as the most impactful player on the Indian Premier League (IPL) Moneyball Impact table.

Warner celebrated the end of his one-year suspension on March 29, with impactful 692 runs in IPL 2019. Warner has accumulated 698 impact points for 692 runs and 2 catches.

Russell has been most impactful for Kolkata Knight Riders and the second most impactful in overall IPl Moneyball Impact table with the bat and the ball. The Caribbean all-rounder has been outrageous with the bat scoring 514 runs, taking 11 wickets and 4 catches have given him 636 impact points in the 12th season of IPL.

KL Rahul, as the leading Indian on the IPL 2019 Moneyball Impact table, is placed overall third following his new-found form. The Kings XI Punjab wicketkeeper-batsman to his credit has 614 points and stays in the hunt for the top spot.

The hero of the Mumbai Indians, Hardik Pandya with his power come back has positioned himself in the No. 3 position behind KL Rahul. 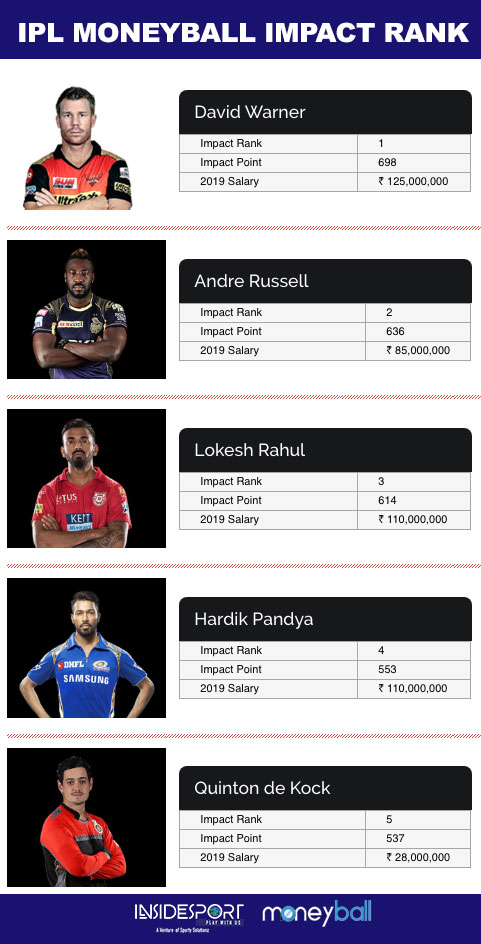 IPL Moneyball: David Warner signed off as most impactful player