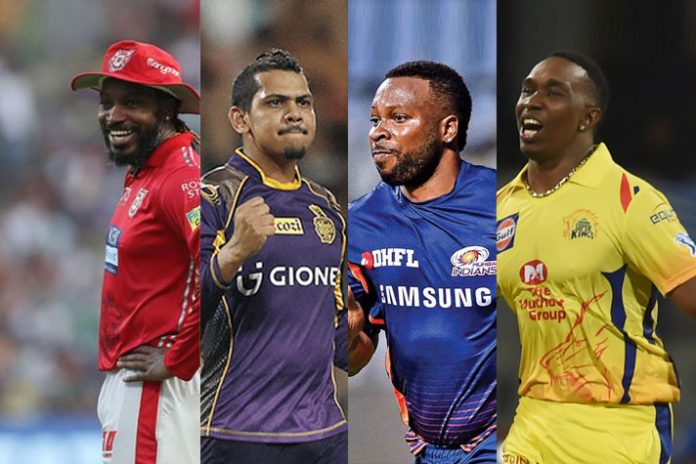 Is it the effect of just concluded India-West Indies series or the T20 skills of the West-Indies cricketers, the IPL Moneyball figures are proving that the Caribbean cricketers take home the biggest chunk of salaries from among the Indian Premier League 2019 overseas players.

Following the IPL Season 12 auction,  the InsideSport.co salary intelligence tool for professional sportsmen has come up with thisinteresting and intriguing data.

IPL Moneyball tool reveals that the Indian expectedly and obviously get the lion’s share of the total IPL salary purse for the season 2019 too.

The IPL Moneyball table for the 2019 season has a total of 127 Indian cricketers have bagged contracts worth ₹386.30 crore from the eight franchisees, who have collectively committed ₹ 617.55 crores toward. The ₹ 386.3 crore package for the 127 Indian cricketers amount to 62.55% of the total salary pool for the season.

The most interesting fact brought out by IPL Moneyball salary calculator is that the Caribbean players are the most wanted overseasplayers for the IPL franchises. The West Indies will have 13 players in action during the 2019 IPL seaon – the highest for any foreign boards. 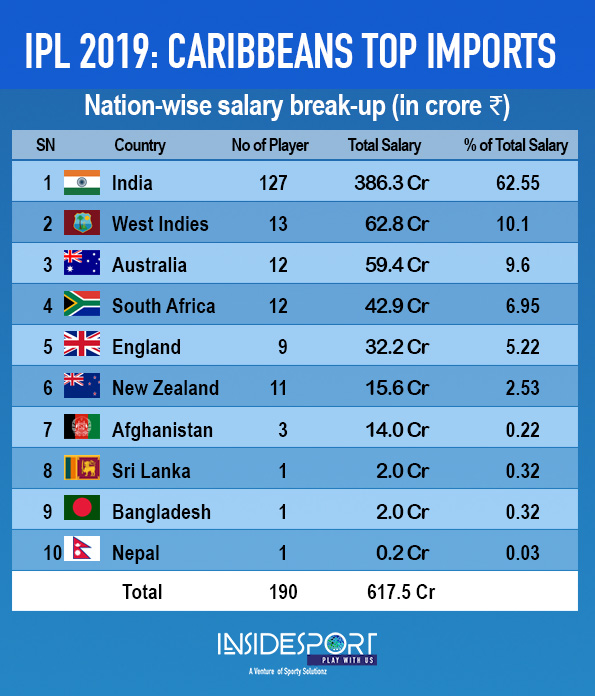 Cricket Australia comes next with 12 players and ₹ 59.4 crores in salary contract, amounting to the 9.6% of the total salary. South Africa and England are next in the list.

Young Sandeep Lamichhane has also put Nepal on the IPL list. The leg-spinner’s ₹ 20 lakh annual contract with the Delhi Daredevils will be in its second year with the rechristened entity – Delhi Capitals.