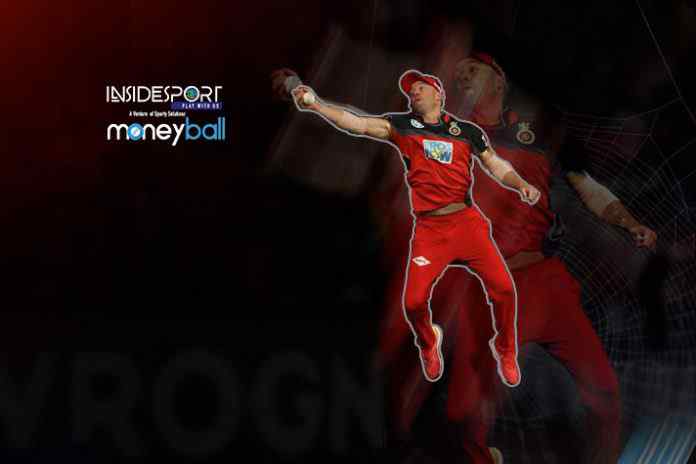 AB de Villiers’ SPIDERMAN act in the crucial Indian Premier League match against SunRisers Hyderabad has held the hope for Royal Challengers Bangalore. It was de Villiers Superhero act in the match that set up the much-needed win to keep the struggling RCB afloat in the league. A win in their last league game will ensure the Virat Kohli-led team a place in the playoff stage. A defeat on Thursday would have ensured their elimination at the league stage.

De Villiers heroics are not about just one match, one tournament or one season. The South African sensation has been no less than a “real life superhero” on the sports field and beyond that.

Insidesport.co bring to its readers de Villiers’ sporting achievements only a Superhero could accomplish.

He has been a hero with a hockey stick, too. He was shortlisted for South Africa’s junior national hockey team.

De Villiers has also made it to the shortlist of South Africa’s junior national football team.

One of cricket world’s most prolific personalities, De Villiers had been the captain of South Africa’s junior national rugby team.

De Villiers could have pursued a career in swimming too as he holds six South African school swimming records.

Agile he always was on his foot. De Villiers holds the record in the 100m dash in South Africa’s junior athletics.

No novice he has been on a tennis court. He was a member of South Africa’s junior Davis Cup tennis team.

De Villiers has also been a South African U-19 national badminton champion.

On the golf course, de Villiers hosts the potential to turn pro. He has a handicap of scratch or zero, which means he is a player whose average score for a round of golf is par or better.

A born genius, de Villiers has been as excellent in academics as impactful he has been in sports. He has also received the prestigious national medal from the Late Nelson Mandela for a science project.