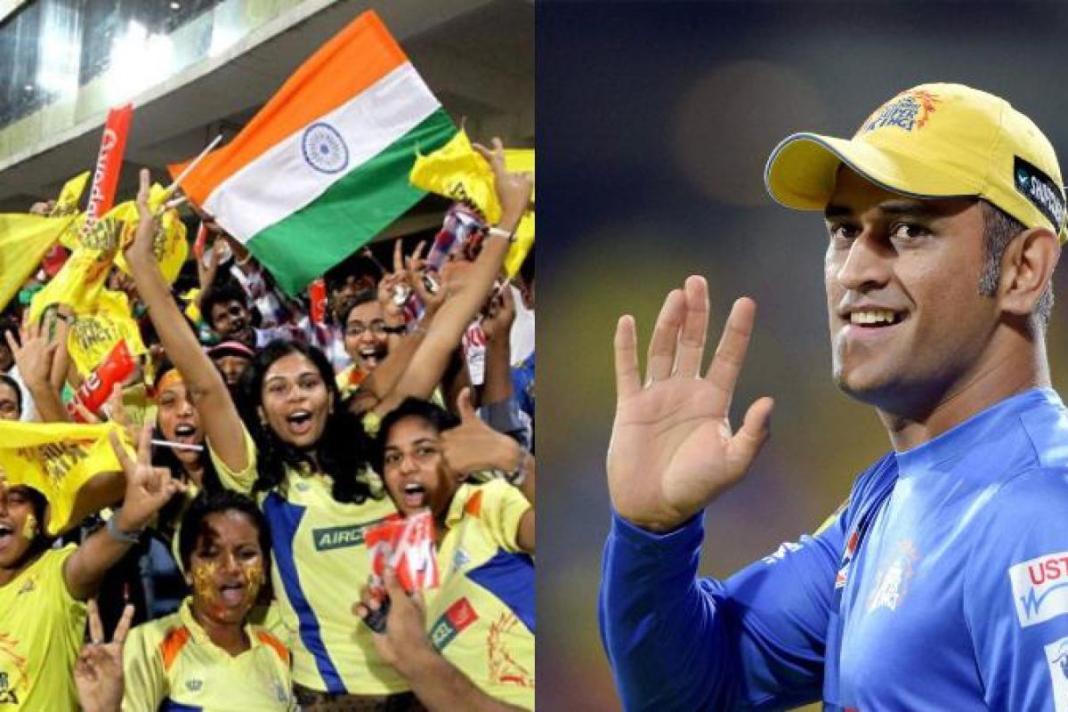 IPL Franchise Fans : MS Dhoni’s Chennai Super Kings (CSK) has emerged as the franchise with biggest fanbase. Media consulting firm Ormax Media has released the findings of its study on ‘IPL Franchise Fans’, based on a research conducted among 3,200 urban respondents across 23 states in India. The data was collected through the course of the eight weeks of IPL 2020. The study pegs the number of fans across the eight IPL franchises at 86.0 Million (8.6 Cr). The study defines a franchise fan as someone who has a clear favourite team, is emotionally connected with it, watches its matches from start to finish, and discusses the team and its players online or offline.

CSK emerges as the strongest franchise, with 26.8 Million fans, closely followed by season winners Mumbai Indians (MI) at 24.8 Million fans. Royal Challengers Bangalore (RCB) ranks third, with 13.3 Million fans. Between them, these three franchises account for 75% of the total fan base, while the remaining five contribute to the balance 25%.

64% (55 Million) of the total franchise fans are males, while the balance 36% (31 Million) are females. CSK & RCB have the most gender-balanced fan base, with the proportion of female fans being the highest at 40% each. Nationwide popularity of their star players (MS Dhoni & Virat Kohli respectively) contributes to their stronger female fan base. Mumbai Indians leads Chennai Super Kings by a slender margin when it comes to the male fan base, but the latter takes the overall no. 1 position because of its stronger female following.

Commenting on the findings, Shailesh Kapoor, Founder & CEO – Ormax Media said: “Apart from viewership, a definitive measure of the success of a sports league is whether the teams playing in it manage to build a sizeable fan base over the years. A strong fan base is eventually the key for a profitable franchise, because it offers higher monetization opportunities through sponsorships, ticket sales, merchandizing, licensing and other such avenues. Over the last 13 years, IPL has done very well, and the fan base estimates of the top 2 franchises suggest that they are now two of the strongest sports teams across the world. It’s for the other franchises to learn from the success story of CSK and MI and develop a strategy to widen their fan base in the coming years”. 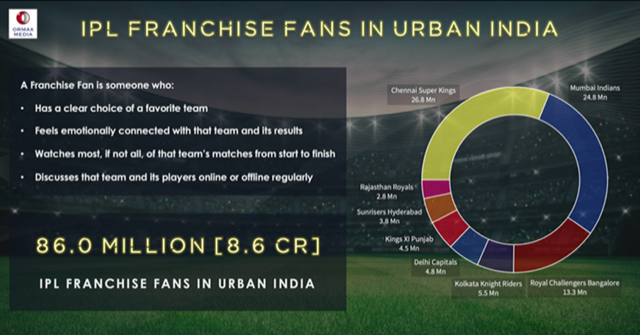 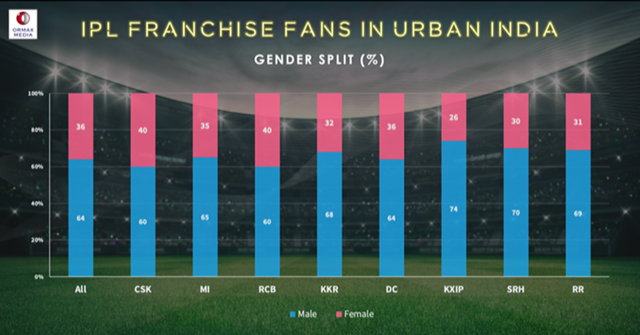 WI vs BAN LIVE Score, Day 2: West Indies get off to SOLID start with the bat after bowling Bangladesh out for only 234:...

MADURAI vs CSG Live Streaming: When and how to watch Madurai Panthers vs Chepauk Super Gillies Live Streaming in your country, India

“It’s depressing”- Pokimane reveals she booked a ticket back to Canada after Roe v. Wade verdict was declared

MADURAI vs CSG Live Streaming: When and how to watch Madurai Panthers vs Chepauk Super Gillies Live Streaming in your country, India

“It’s depressing”- Pokimane reveals she booked a ticket back to Canada after Roe v. Wade verdict was declared