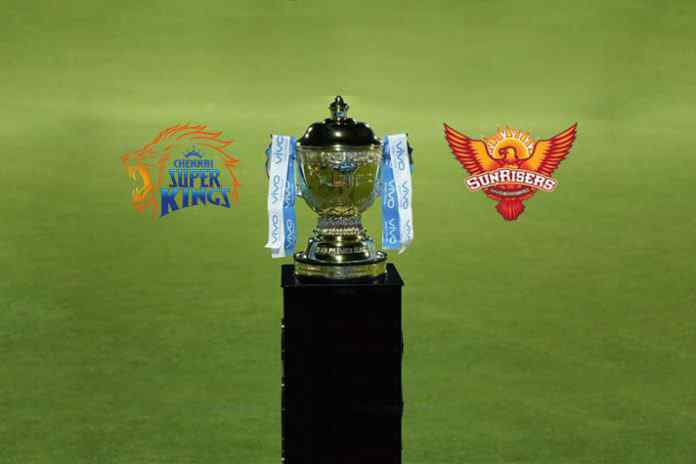 SunRisers Hyderabad and Chennai Super Kings are at the pinnacle of the Indian Premier League 2018. The Grand Finale aptly brings tournament’s two top sides against each other at the Wankhede Stadium in Mumbai on Sunday.

As table toppers gear up for their one last shot at the coveted IPL 2018 title, host broadcaster for the league has made elaborate arrangements to reach targeted 700 million audiences on its IPL debut. Will the unprecedented broadcast plans produce unprecedented TV ratings for the league? If the answer is yes, the proverbial 100 million gross TV impressions is the next obvious and big question!

Star India has “re.imagined” the league to reach out to wider audiences. The broadcaster has emphasised on connecting to the regional audience with the Tamil, Telugu, Bangla and Kannada language live feeds. The final tomorrow (Sunday) will also be televised live to the Marathi- and Malayalam-speaking cricket fan in their native language.

Star India will extend the IPL 2018 Grand Finale from hitherto six languages and ten screens to eight languages and 17 screens – a record for the live broadcast of any sports event in the country. The delayed transmission on Prasar Bharati’s DD Sports FTA network is not added in the list even as any eyeballs recorded there shall contribute to the IPL 2018 final’s aggregate viewer data.

Live broadcast of the final on the leading GEC platform Star Plus is the ultimate boost for the widest penetration among prime time Indian television HSM audience. There are numerous other factors to create an all-time high television audience record for any live sports broadcast in India.

Chennai Super Kings games from Week One have been generating more impressions than the matches involving most of the other teams. The decider between the two most consistent performers is adding to the excitement of the decider. A grand Bollywood entertainer as a prelude to the grand finale and live broadcast in eight languages across 17 screens raise the prospect of a majority of the Indian television audience tuning in to watch the IPL final this Sunday. 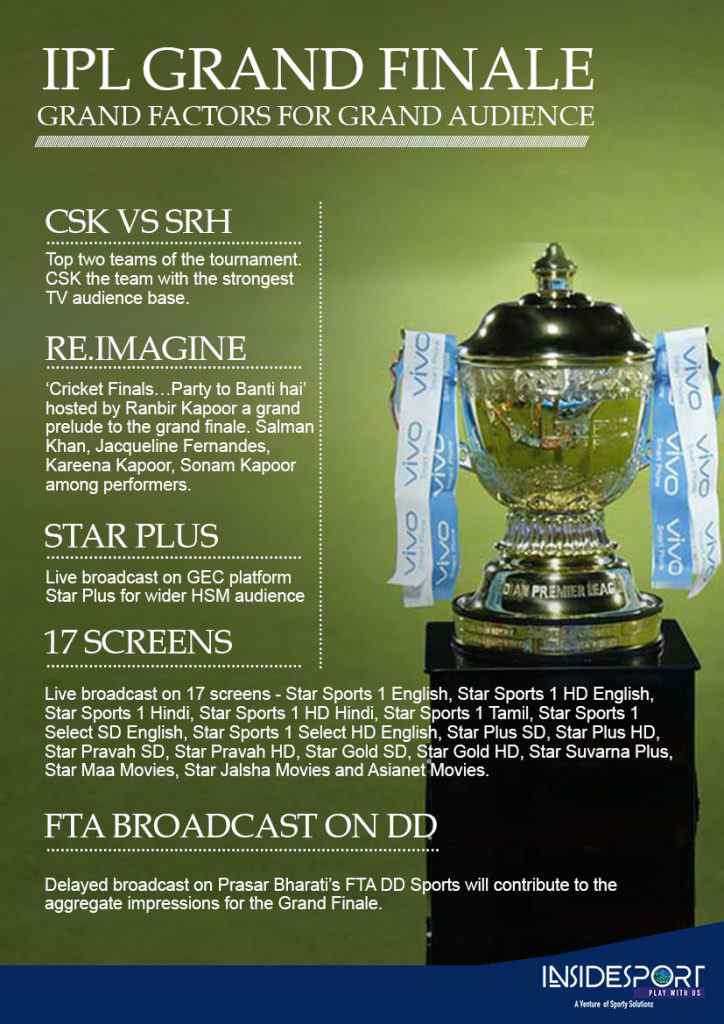 The 100 million impression mark is not unprecedented for sports mega-events. The FIFA World Cup final, sports world’s most watched event, had registered a 3.5 billion global reach when Germany beat Argentina by the solitary goal in 2014. The ICC World Cup 2015 is among the top ten most watched sports events ever. 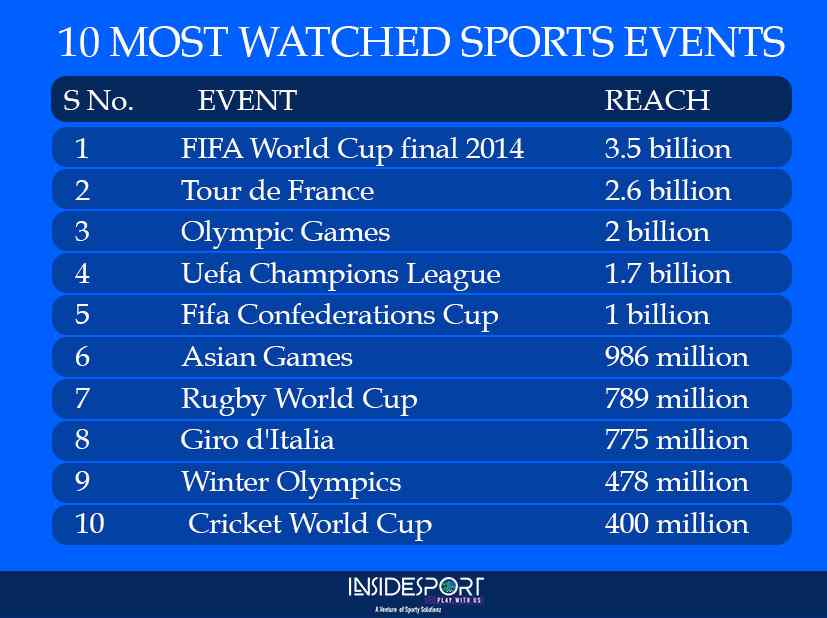 Chennai Super Kings and SunRisers Hyderabad have already created a world record for live audience. The first IPL 2018 qualifiers featuring CSK and SRH has recorded 8.3 million concurrent viewers on Tuesday, May 22. This is a global record, bigger than Felix Baumgartner’s Supersonic Freefall on youtube.