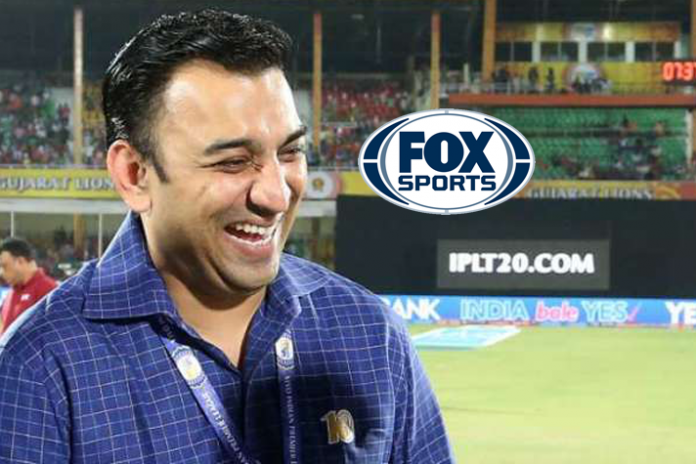 The Indian Premier League COO Hemang Amin has found a place in Fox Sports’ illustrious list of Asia’s Top 10 Most Power People in Sports. The list includes the ace sports professionals who have influenced sports in Asia.

The list, published by Fox Sports, has football’s global boss – FIFA president Gianni Infantino – in the No. 1 position followed by the ONE Championship boss Chatri Sityodtong. Amin is placed sixth.

These individuals (the ten people names in the list) are shaping the sports world in Asia, continuously delivering compelling content to viewers in the world’s most populous continent. As we move to the close of another decade, we list down 2019’s Most Powerful People in Sports in Asia, Fox Sports has stated as a prelude to the list of the following ten sports administrators and entrepreneurs.

CSK, IPL priority for Harbhajan; opts out of The Hundred

1) Gianni Infantino, FIFA – Without a doubt, Infantino has shaped the landscape of sports in Asia, whether it is at the international or country levels. TV ratings continue to be some of the biggest in the region. With power move after power move, Infantino is our top choice for Asia’s most powerful person in sports.

2) Chatri Sityodtong, ONE Championship – The visionary entrepreneur has taken ONE Championship from start-up in Asia to one of the world’s largest global sports properties. Under Sityodtong’s leadership, the billion-dollar promotion has registered unprecedented TV ratings and exponential growth in digital metrics across 145 countries.

3) Adam Silver, NBA – Adam Silver’s league already has a massive imprint in one of Asia’s biggest markets, China. With Silver reinforcing his predecessor’s commitment to the globalization of the NBA, he is in a position of significant influence throughout Asia, and the entire world.

4) Hamane Niang, FIBA – The former Mali Minister of Sports has presided over FIBA Africa for the 2014–2019 term of office. He was a member of the FIBA Central Board during the same period. With control over FIBA, Niang is now the man in charge of the second-most powerful basketball organization in the world.

5) John Malone, Formula One – Bernie Ecclestone is still the most visible face of F1 as its founder, but it is American billionaire John Malone pulling strings for the organization since he bought it in 2017. Malone’s organization has several variations, with the most popular one in Asia being the Singapore Grand Prix. Along with ONE Championship, F-1 events are among the grandest in the country and throughout Asia.

6) Hemang Amin, Indian Premier League – The IPL is currently valued at over US$7 billion, and is India’s most prolific sports property. Interest in cricket is limited in Asia, but IPL has proven that single country sports properties can be big business. Amin oversees the most important decisions concerning the organization.

7) Manny Pacquiao, Boxer, Philippine Senator, MPBL Founder – Besides being one of the greatest boxers in history, Manny Pacquiao is also a promoter, investor and a senator in the Philippines. Total revenue is one thing, but there is also something to be said for the kind of influence that cannot be measured with dollars and sense. Without question, Pacquiao is the most influential person in his home country.