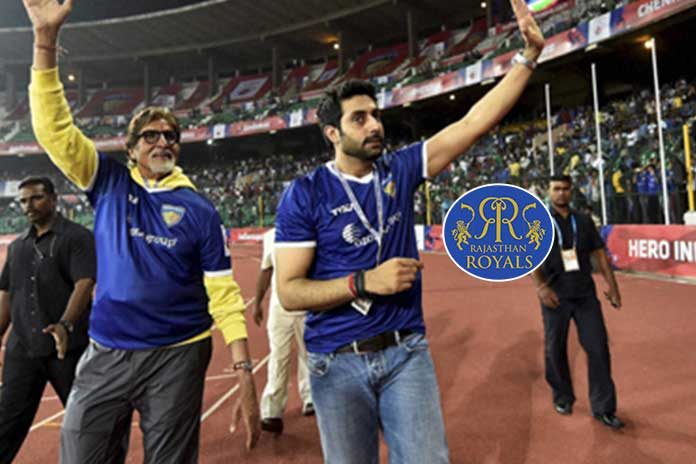 Amitabh Bachchan is keen to extend family’s sports business beyond the franchisee ownerships in the Indian Super League and Pro Kabaddi League teams. The Bachchan family is reported to have talked to several Indian Premier League franchisees to acquire stakes in their team.

National daily Times of India has confirmed that after the failed talks with the Chennai Super Kings ownership, the Bachchan family has also had a preliminary round of discussions to buy a share in Rajasthan Royals.

The Jaipur-based IPL franchisees has been reported to looking of disinvestment in the team ownership.

Pandya, Rahul may be cleared for IPL 2019; but face financial penalties

Amitabh and Abhishek Bachchan have existing sports business interest in the State as the owners of the Pro Kabaddi franchisee Jaipur Pink Panthers.

Earlier, the Amitabh Bachchan Corporation had approached the most successful IPL team and reigning champions Chennai Super Kings with an interest to acquire a stake in the Chennai IPL franchisee. The talks did not go beyond the first round.

The Rajasthan Royals ownership has already seen several changes after actress Shilpa Shetty and her husband Raj Kundra were forced to exit the league as the team returned to the IPL after a two-year suspension following the match fixing allegations.

Last year, Parth Jindal-owned JSW Group had acquired 50% stake in the then Delhi Daredevils. The team has been rechristened Delhi Capitals.

The Rajasthan Royals team is now co-owned by Lalit Modi’s co-brother-in-law Suresh Chellaram’s family, who own a majority stake in the team.

Reports have emerged last week that the Rajasthan Royals franchisees are looking forward to selling half of their stakes. Rising Pune Supergiants co-owner Sanjeev Goenka was reported to be interested in acquiring Rajasthan Royals’ share.

U Mumba owner alleges Star India has conflict of interest in PKL: Report