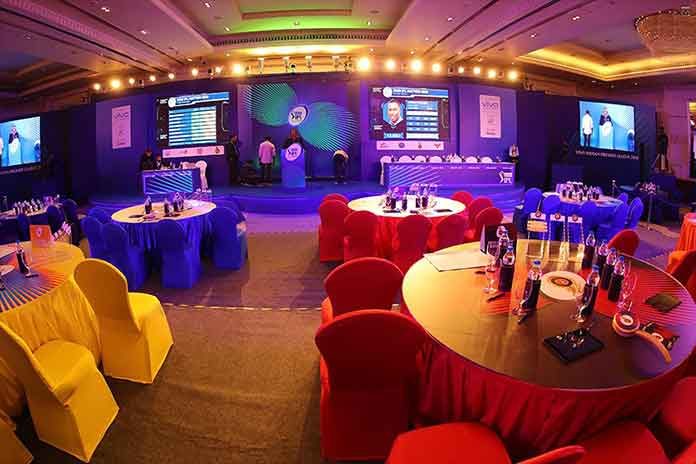 The Indian Prime League player auction is as much a television event as it is an exercise to complete the team line-ups for the upcoming season. To leverage the huge fan following for the event, the Board of Control for Cricket in India and the IPL host broadcaster Star Sports have agreed to make the player auction on December 16 in Jaipur a prime time television event.

The auction, according to a Mumbai Mirror report, on December 18 has been scheduled between 3 pm and 9.30 pm. To avoid a direct clash with the live broadcast of the second Australia-India Test match, to be played at Perth from December 14 to 18, is another reason for deviating from the conventional 10 am start time for the IPL player auction.

The broadcaster, airing the auction for the first time last year after winning the global IPL media rights, was upbeat with the overwhelming response on television and digital in India, and globally on social media.

Also Read: IPL Auction : KXIP with most funds and in need of maximum players

BARC India had reported a 5-time jump in IPL auction viewership ratings on TV, while Star Sports had reported similar gains on its OTT platform Hotstar.

Star India’s social intelligence cell, the Distillery, had reported that the auction event was a global phenomenon with 843,000 mentions worldwide – a five-fold increase over the numbers in 2017.

Hashtags #IPLAuction and #IPL2018 trended wildly on Twitter, recording a 91% positive sentiment score amongst the audiences.

The auctions for the 12th edition reportedly will have a 3pm start time. The BCCI has informed the franchisees about the date, venue and schedule of the auction.

The franchisees might have to go to the action without knowing about the exact dates and venues of the league. Considering this is the election year, there is a strong possibility of the league – at least the initial phase – being shifted to South Africa. The UAE is another option. The conditions in South Africa will be different than India and that will also affect franchisees’ strategies to build their respective teams. The franchisees are reportedly not happy about the auction date being finalised without locking the venue and the schdule.

Knowing the precise dates for their games is crucial to take a call on their overseas players.