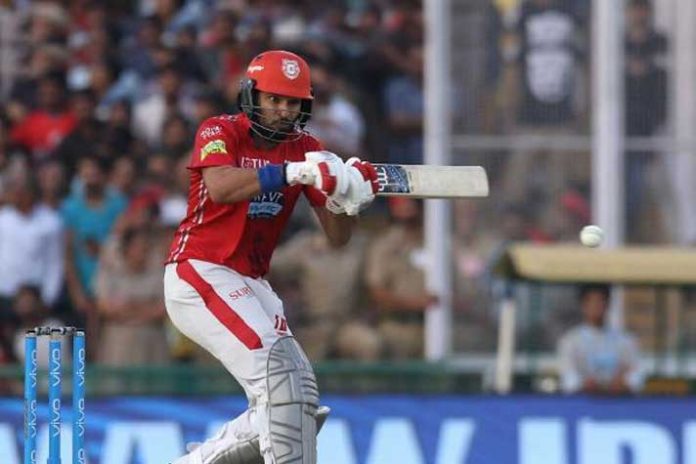 Yuvraj Singh is the most sought-after player ahead of the Indian Premier League 2019 auction. Much before the IPL auction gets LIVE at Jaipur today (Tuesday), the dashing left-hander has won the vote as the top player in demand for the IPL Season 12.

Kings XI Punjab, just like making some wrong and hurried decision during the IPL auction process last season, seems to have yet again erred in releasing the players for the IPL 2019. Even when Yuvraj struggled with form, the biggest icon of T20 cricket brought immense commercial value on board with his tremendous fan following.

The swashbuckling middle-order batsman has emerged the most sought after player among fans in an online vote conducted by the IPL host broadcaster Star Sports.

Star Sports had launched the second edition of the hugely popular VIVO IPL Election Se Selection as a lead up to the VIVO IPL 2019 Player Auction.  VIVO IPL Election Se Selection offered fans an opportunity to vote for their favourite player they wish see playing in their favourite VIVO IPL team. The largely popular campaign has received a massive response so far with more than 3.1 million fans voting on the official portal  vivoiplelection.hotstar.com.

Yuvraj has emerged as the sentimental favourite with the fans, getting the most 6.6% votes among the 346 players set to go under the hammer. Brendon McCullum released by Royal Challengers Bangalore comes next with 5.6% vote.

Chennai Super Kings fans want Yuvraj the most with an 11.5% vote – highest by any team supporters for a particular player. Alex Hales, Axar Patel – another KXIP discard – and Azam Zampa, form the top five list. 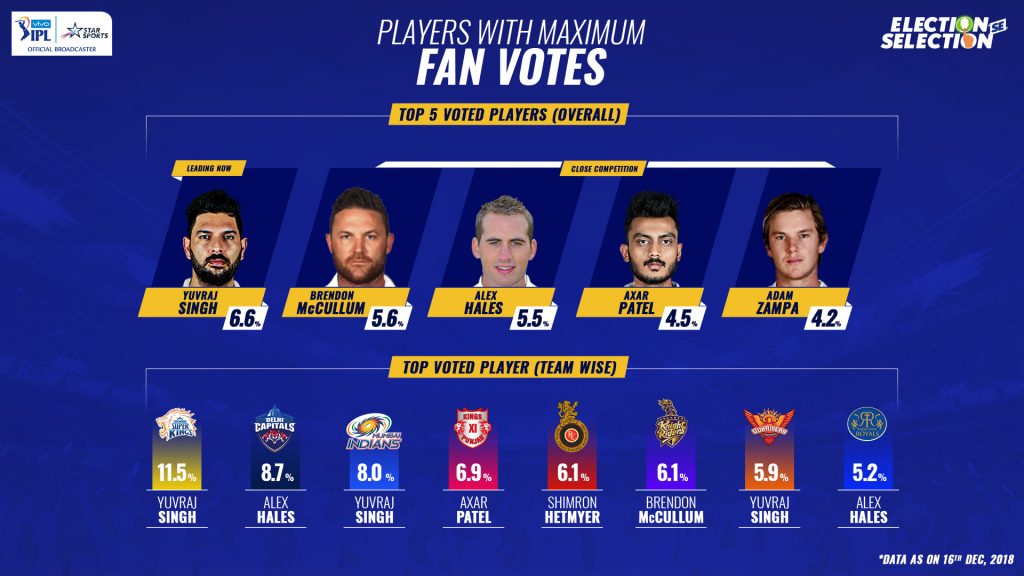 Chennai Super Kings has been the most fancied team with the fans. Among more than three million votes, the Chennai fans have accounted for 21.7% while Sunrisers Hyderabad got the least support with only 7.9% vote. 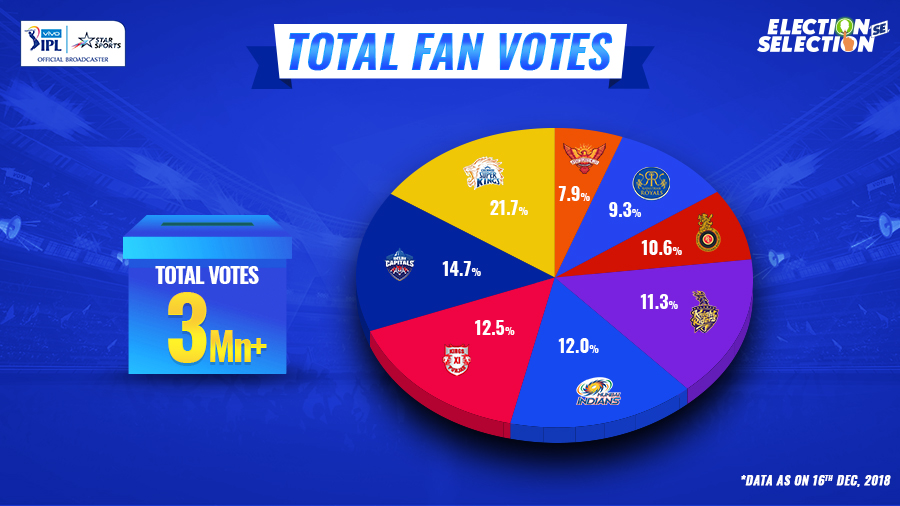 The fans can still vote for their favourite player till midnight tonight (December) by logging on to vivoiplelection.hotstar.com. They also have the option of picking their favourite team.