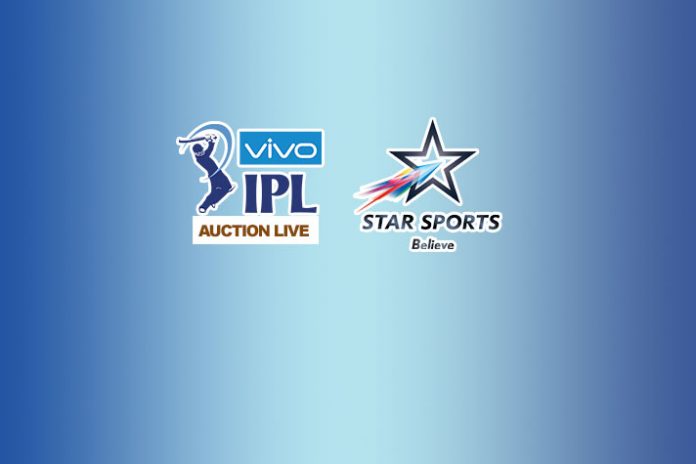 The Indian Premier League 2019 season formally takes off with the player auction in Jaipur today (Tuesday). The IPL host broadcaster Star Sports has made elaborate arrangements to take all the excitement to millions of fans with elaborate value-added and fan engagement programming.

Gautam Gambhir takes a fresh guard after hanging his bat as Star Sports will be broadcasting the IPL 2019 Player Auction in 4 languages – English, Hindi, Tamil and Telugu. The action in Jaipur will start at 2.30 pm.

The IPL 2019 Player Auction promises to be an unparalleled spectacle as Star Sports, the official and exclusive broadcaster of the tournament, has geared up with a special line up of programming shows for all the cricket fans across the country.

The live coverage of the auction will be preceded by a 60-minute special pre-show starting at 2.30 pm.

The broadcast of the 12th edition of the IPL Player Auction on Star Sports will include live expert reactions, analysis and a special spotlight on all the leading developments throughout the day featuring some of the best cricket experts like Gautam Gambhir, David Hussey, Dean Jones, Kiran More, and a host of other cricket stars.

IPL 2018 Player Auction had received an overwhelming response from fans and was viewed by a 46.5 million people across the Star Sports network.

Mayanti Langer, Jatin Sapru and Arjun Pandit will be anchoring the shows.