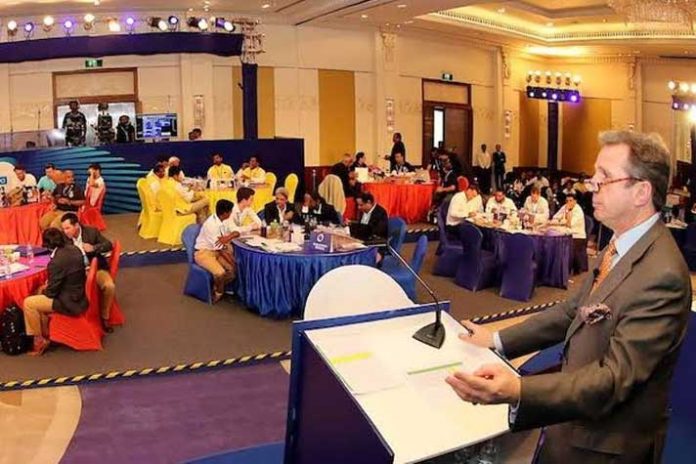 IPL Auction is just 15 days away and all the eight franchises will be looking to make a solid combination of batsmen, bowlers and all-rounders. Royal Challengers Bangalore have a lot to do in the coming days while Chennai Super Kings task has been cut down as they have retained the majority number of players from last season.

After the pre-auction trading was completed by the teams last month they now have a core around which they would like to build a team. Also, keeping the uncertainties in mind, franchisees will be looking for backups as well for the two-month league.

Delhi Capitals, Kolkata Knight Riders, Rajasthan Royals, and Royal Challengers Bangalore are going to be the most active tables in the auction hall in Kolkata on December 19.

Let us look at each of the eight teams individually:

With just five slots to fill, Stephan Fleming and Co will be looking for the energy of youth as the team is highly built with experience. Hard hitters in the middle order will be the one area they will have an eye on to finish innings towards the end. Being the second most successful team in IPL, they would like to stick to their idea of playing with more Indians in the squad and winning in the process.

Trading-in of big Indian names like Ajinkya Rahane and Ravichandran Ashwin has given Ricky Ponting and Co a solid Indian contingent. Their top order and spin department is something they will be very happy with. The Delhi Capitals management will be looking to buy in good overseas players for better options in the middle-order batsmen, all-rounders and fast bowlers to accompany speedster Kagiso Rabada.

Playing with a combination of 6 batsmen and 5 bowlers had backfired on them in many games last season. They missed one or two quality all-rounders who could chip in with some overs for a breakthrough or play a cameo with the bat. The arrival of former Indian captain Anil Kumble has already seen two all-rounders being traded in the team. Also, with the highest salary cap available with the Kings and only 9 players to fill in, we will see their management go big on some players.

Having released Chris Lynn to make way for Shubman Gill to play at the top of the order with Sunil Narine will see them go big for a couple of finishers to back up Andre Russel. Although after roping in Brendon McCullum as the head coach and his connection with Lynn from the Big Bash League might see them buying back Lynn at a lower price.

Also, spin department will be one area the team will eye on the auction day.

The most successful team of IPL with four titles and with experienced management of Mahila Jayawardene and Shane Bond will not have much to do during the auction apart from buying some backups. After trading in Trent Boult and Sherfane Rutherford from Delhi Capitals and Dhawal Kulkarni from Rajasthan Royals, the Mumbai  Indians have strengthened their team even more.

IPL 2020: Rajasthan Royals’ gets into action

Before the auction, if we talk about the players in each team then Royals have the best overseas players pool in the form of Jos Butler, Ben Stokes, Steve Smith and Jofra Archer. Also, trading in Indian bowlers has given them a license to go big after overseas fast bowlers. The newly-appointed head coach Andrew McDonald will have to dig deep in the Indian domestic circuit and scout Indian talent before the auction. Letting go of the established Rahane, Dhawal Kulkarni and Krishnappa Gowtham can turn out to be bad for them.

Every year even after having a strong team on the paper they fail to succeed. Even the likes of Virat Kohli, AB de Villiers, Yuzvendra Chahal who are very successful in International circuits fail to replicate their performance when it comes to IPL. After releasing most of their players and roping in new head coach Simon Katich and mentor Mike Hesson, the franchisee would be hoping for some new faces to deliver more often than not.

Sunrisers Hyderabad, like Mumbai Indians and Chennai Super Kings, has held on to their team from the previous season and just released a few players to bring in new faces and energy in the team. With a new head coach as Trevor Bayliss could see them going in the auction to buy a couple of overseas bowlers to complement a solid batting unit of Sunrisers.

Also Read: ‘Dhoni will decide on future after IPL 2020’