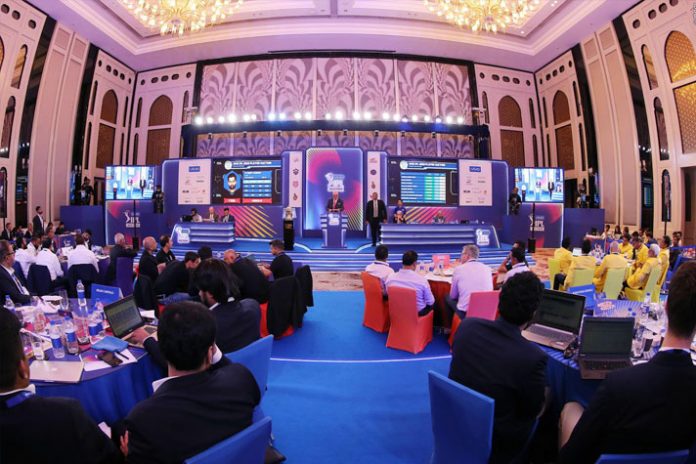 No other professional sports assets in the Indian sub-continent and the cricket world has ever disbursed this kind of moneys to its players. According to the Sporty Solutionz Moneyball IPL salary calculator, the franchisees over the 12 seasons have committed salary contracts worth ₹4,904.4 crore. The figure includes salary commitments for the 2019 season.

The team that pays the highest individual salary to a single player – ₹17 crore to Virat Kohli, Royal Challengers Bangalore incidentally is also the franchisee to have disbursed the most in IPL salary contracts. RCB have till date committed ₹653.90 crore in salaries. Mumbai Indians come next with ₹ 629.59 crore over the 12 seasons. Chennai Super Kings (₹507.13 cr), but for their two-year suspension, could have joined the ₹600 crore salary club which also has Kolkata Knight Riders (₹610.09 crore).

The 12 seasons of the IPL, including the upcoming 2019, will account for a total of 13 franchisees. Kochi Tuskers Kerala’s ₹38.53 crore for their only appearance in the 2011 season has been the minimum salary spent by any of the 13 IPL teams.

League’s top three individual earners – Mahendra Singh Dhoni, Rohit Sharma and Virat Kohli – have each surpassed the ₹100 crore salary milestone in their uninterrupted 12-seaosn IPL careers. Each of the top ten earners have got aggregate individual salary contracts for ₹70 crore and above.

Dhoni, the hero of Chennai Super Kings three  IPL title triumphs, leads the players salary table. The CSK captain has ₹122.84 crore in his career salaries with his 2019 contract. The figure includes ₹25 crore for 2015 and 2016 seasons with Rising Pune Supergiants when CSK was under suspension. Rohit Sharma, who after three seasons with the Deccan Chargers, has been a Mumbai Indians regular is second on the list with ₹116.60 crore IPL contracts till date. 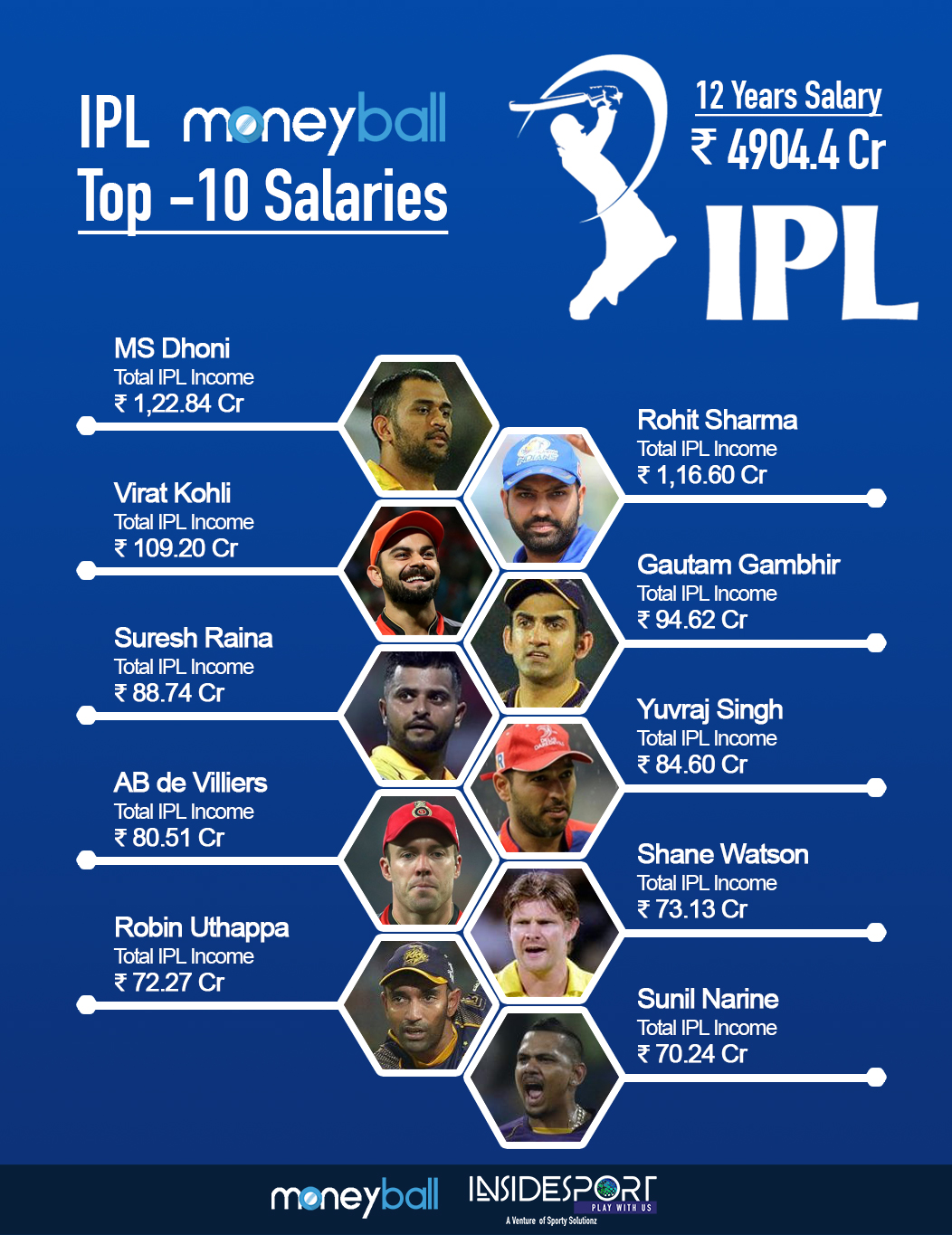 RCB and Team India skipper Virat Kohli, the latest entry in the ₹100 crore IPL salary club and also the highest salaried ever for his ₹ 17 crore annual contract, has reached ₹ 109.2 crore in the career salary contracts with Royal Challengers Bangalore. The RCB captain, in his 12th season with the franchisee, also holds the distinction of never ever going to the auction pool. After being picked by the RCB as a young talent for a mere ₹12 lakh between 2008 and 2010, Kohli has been regularly retained by the franchisee even as the ownership did change hands after the fall of liquor baron Vijay Mallya.