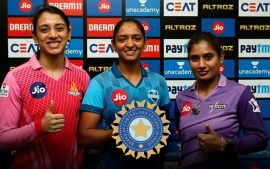 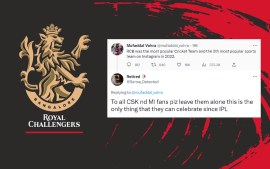 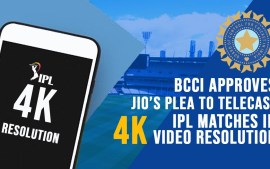 IPL 2023: Senior batter Manish Pandey brought out his best in a group-stage clash against Goa in the ongoing Ranji Trophy. The 33-year-old…

IPL 2023: Senior batter Manish Pandey brought out his best in a group-stage clash against Goa in the ongoing Ranji Trophy. The 33-year-old remained unbeaten for his 208 runs as Karnataka amassed 603/7 before declaring their first innings. To note, Pandey was bagged by the Delhi Capitals by for Rs 2.4 crore in the recently concluded IPL auction. Follow InsideSport.In for Live IPL 2023 Updates.

Manish Pandey scored 208*(186) including 14 fours and 11 Sixes and strike rate of 111.83 for Karnataka in Ranji trophy, Sensational performance.

Pandey played at a strike rate of 111.83 against Goa

Pandey did not had much of a good time in the previous two games in the domestic competition. However, the senior batter made the most of good batting condition against Goa. Pandey took only 186 deliveries to score his 208 runs. During that innings, the right-handed batter stroked 14 fours and 11 maximums.

Pandey ready for a fresh start with the Capitals

With David Warner and Prithvi Shawn opening the innings for DC, Pandey might be an ideal contender for the number 3 spot. In last season, Australia all-rounder Mitchell Marsh batted at that spot for the Capitals. However, given his affair with injuries, Pandey can be an ideal replacement for Marsh. It must be noted that Pandey most runs in IPL have come when he has batted in the number 3 position.

Having started his IPL career with Mumbai Indians back in 2008, Pandey had his golden run with KKR from IPL 2014 to 2017. The right-handed batter played a match-winning knock in the IPL 2014 final. Apart from that, he played several crucial knocks for the two-time champions. In IPL 2018, Sunrisers Hyderabad found it fit to spend Rs 11 crores on him. However, the 33-year-old’s career graph has only experienced a downward curve ever since.

He found a new home in Lucknow Super Giants in IPL 2022. However, he failed to perform for the IPL debutants. He scored only 88 runs in six matches. But having said that, it should also be mentioned that Pandey is a vastly experienced campaigner in IPL. The right-handed batter has amassed 3648 runs in 160 matches at an average of 29.90 and a strike rate of 121.52. 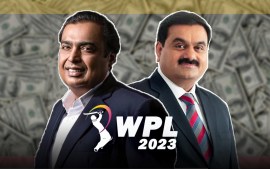