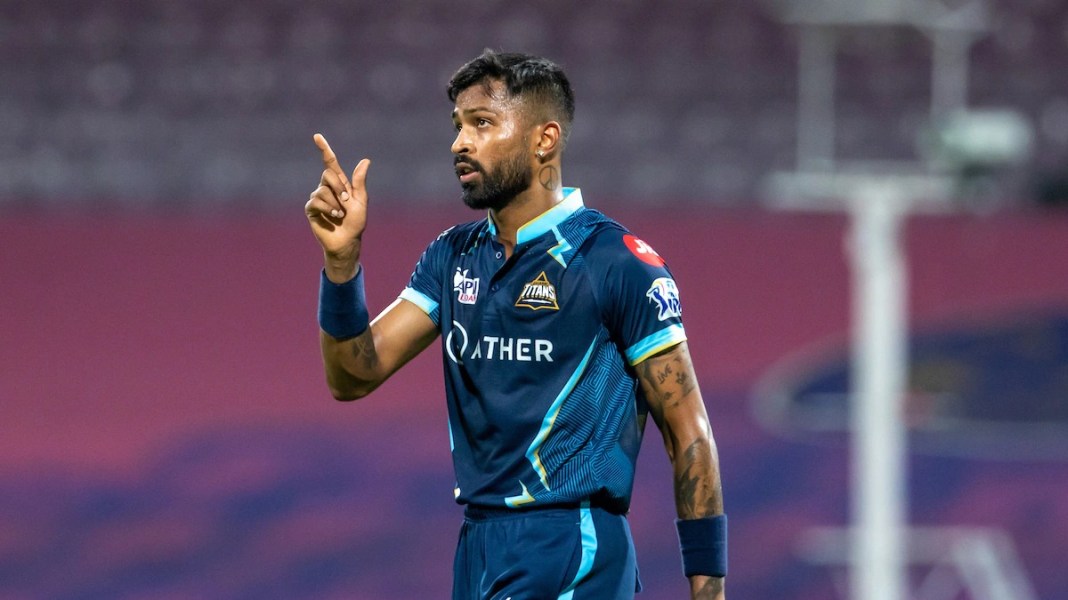 Gujarat Titans became the first team to qualify for Play-offs this season as they beat Lucknow Super Giants by 62 runs at MCA Stadium in Pune. GT bowled out LSG for 82 in just 13.5 overs in a low-scoring match in which they had scored 144/4 in 20 overs. “Really, really proud of the boys. It is a great effort to qualify before the 14th game in this league. To be honest, in the last game, we kind of thought that the game was over before it was over. We were always under pressure in all the other games that we won, and we felt that we’d finish off the last game with the kind of batting we had. That was learning we took. We just wanted to be ruthless today, and relax post-game. I rate Sai Kishore quite high as a left-arm spinner. Because of the kind of fast bowlers we had, it wasn’t possible to play him and Jayant Yadav,” said Hardik Pandya in a post-match presentation.

“Lucknow were a bit short in their lengths, and fuller lengths were working. Our bowlers did everything that we asked of them, and we ticked all boxes today. I always feel that if you lose a game like the one we lost in our last game, we win and lose games as a team. Yes, we did not do what we wanted to do. We messed it up, but we messed it up as a team. Everyone stood by each other, and we had a get-together post-game and made sure the vibe was always there. We were still on the second spot and that meant we were doing something right,” he added.

After posting a target of 145 runs, Gujarat completely dominated the innings as Rashid Khan registered the figures of 4/24 while Yash Dayal and Sai Kishore scalped two wickets, which bundled out LSG at 82, and provided a victory to GT by 62 runs.
GT have 18 points with nine wins out of 12 IPL matches they have played. GT have made it to the playoffs in their first outing in IPL.