IPL 2022: Hardik Pandya & Rajeev Shukla accused of rape – Mumbai Indians and India’s star all-rounder Hardik Pandya along with BCCI Vice-President Rajeev Shukla have been accused of rape and molestation. The sensational complaint was filed by Rehnuma Bhati, wife of notorious gangster Riyaz Bhati, who is believed to be a close aide of Dawood Ibrahim. Apart from the two, former India pacer Munaf Patel has also been named in the complaint.

Rehnuma claimed that Riyaz Bhati forced her into sexual relations with high-profile businessmen, politicians, and sportspersons to honeytrap them. Riyaz allegedly threatened to kill her and her son if she refused to comply. 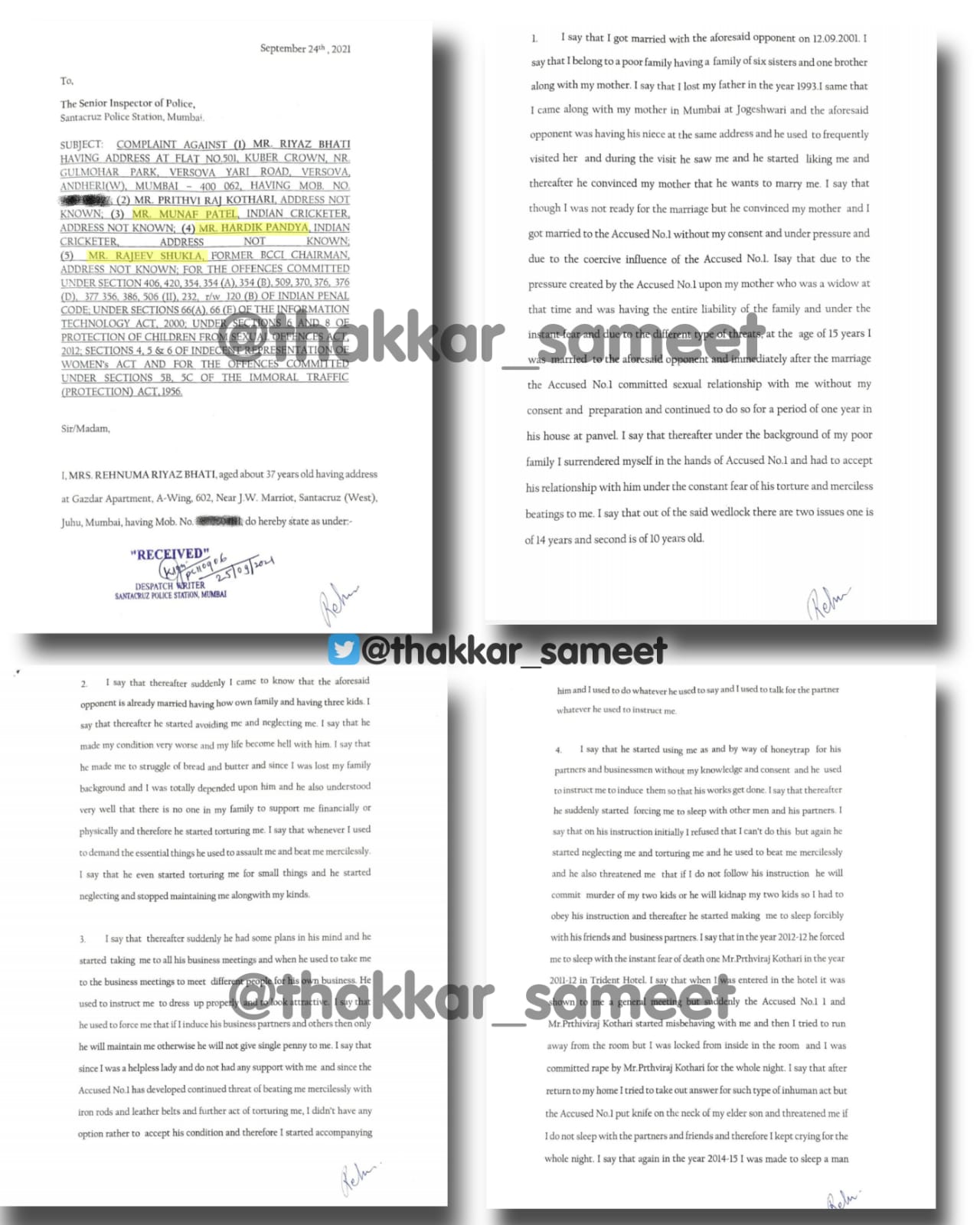 “I have been trying to get the police to register an FIR, but they aren’t complying. My application was submitted in September, it is already November now,” Rehnuma Riyaz told The Print.

“I have followed up with various levels of police authorities multiple times. I was told to give some money, but why should I spread corruption? I am right in my place. They are the ones who are criminals,” she added.

Rehnuma also accused that Rajeev Shukla raped her and threatened to release intimate pictures and videos public if she came out in public. She allegedly split with Riyaz in 2016 and was living separately. But as per the complaint, she was kidnapped in 2019 again and was forced into flesh trade.

While Riyaz is on the run from police, neither of the three high-profile accused — Hardik Pandya, Munaf Patel and Rajeev Shukla — are yet to respond to the allegations. Meanwhile Riyaz has a long-standing criminal record with accusations of extortion, forgery, land-grabbing amongst others.