IPL 2022 Auction LIVE: Jos Butler’s very ‘CHEEKY MESSAGE’ to R.Ashwin as he welcomes him to Rajasthan Royals, check out

“Hey Ash, Jos here. Don’t worry I am inside the crease, cannot wait to see you in pink for the Royals. Look forward to sharing the dressing room with you.”

IPL 2022 Auction LIVE: Jos Butler’s very ‘CHEEKY MESSAGE’ to R.Ashwin as he welcomes him to Rajasthan Royals, check out

Jos Butler to Ashwin – Ashwin Butler Mankad Episode: In IPL 2019, Ashwin and Buttler were involved in a controversy. Ashwin then leading Punjab Kings had dismissed Buttler through ‘Mankad’.

This method of dismissal is seen by many as going against the spirit of the game despite it being completely legal.

“We spoke to Jos prior to the auction and just talked through all of our prioritisation of players. Honestly, he didn’t even think about it (his run out by Ashwin at the non-striker’s end in 2019). I had to sort of bring it up to just check it was okay. And he said ‘it’s absolutely fine,” Jake said at a media interaction her

Maybe he will have to practice in the nets with him. But otherwise on the field, they’re looking forward to playing together,” he added.

The incident made headlines during RR’s home match against and Kings XI Punjab (now Punjab Kings) in Jaipur on March 25, when Ashwin ran out Buttler at the non-strikers end after the batter had backed up too far.

Chasing 185, RR were going great guns at 108/2 with Buttler batting on 69 when the controversial run out triggered a collapse. They finished on 170/9 to concede a 14-run defeat

Later Buttler admitted that the incident had proved “distracting” and played on his mind in his two next innings.

“From our perspective, we secured the targets we were looking for, to have that world class spinner in there. That’s really important to us, and then backing it up with a bowler who takes wickets up front and a gun batsman.”

“It’s a complex auction with so many different scenarios. But thankfully, we’re both in positions where we’re happy with at this stage and looking forward to the remaining lots,” Jake concluded.

Day 1 of the Indian Premier League (IPL), 2022 mega auction, saw Ishan Kishan, Shreyas Iyer, and Deepak Chahar being among the top picks. Kishan was picked by Mumbai Indians for Rs 15.25 crore, while Chahar was sold to Chennai Super Kings for Rs 14 crore.

Kolkata Knight Riders bought Iyer for Rs 12.25 crore and on the other hand, Avesh Khan became the most expensive pick among the uncapped players, after getting being bought for Rs 10 crore by Lucknow Super Giants. 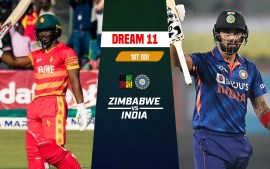