IPL 2022: Arjun Tendulkar could feature in MI’s final game of season against DC

Arjun took to Instagram to share some visuals of him bowling to MI batters in the nets, giving rise to speculation about his debut in the Indian Premier League. 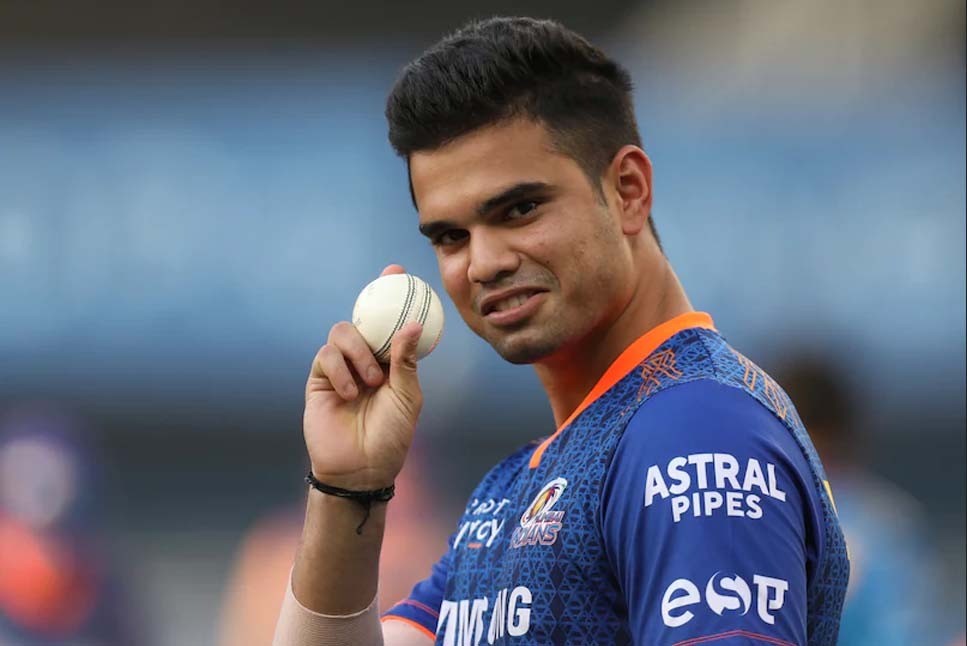 Arjun Tendulkar, a left-arm medium-pacer, was bought by Mumbai Indians for Rs 30 lakh during the accelerated part of the Indian Premier League (IPL) mega auction, but has not featured in any game for his side so far.

Mumbai Indians have had an extremely disappointing IPL season, with only three wins in 13 games. The five-time IPL champions are languishing at the bottom of the points tally with six points.

They have been giving chances to players like Tim David, Ramandeep Singh, Sanjay Yadav and Mayank Markande during the last few games of their campaign.

Mumbai Indians are set to face Delhi Capitals today. The match is likely to attract a lot of attention as there are good chances that Arjun Tendulkar will make his debut in the cash-rich league.

IPL 2022: Arjun Tendulkar could feature in MI’s final game of season against DC