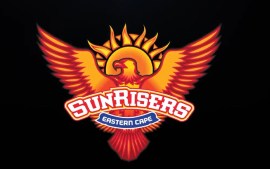 IPL 2021 Phase 2: T Natarajan returns from injury- What will be Sunrisers Hyderabad’s biggest relief, T Natarajan has resumed practice after returning from an injury for which he had to undergo surgery. While he was not named in India’s T20 World Cup squad, Natarajan is slowly regaining his fitness. With two weeks left in the IPL, the Tamil Nadu speedster is leaving no stones unturned in SRH’s training sessions in the UAE to make a comeback and lift his side in the points table.

T Natarajan had sustained a knee injury during the final stages of the Australia tour, where he performed admirably. He did feature in India’s limited-overs series against England at home but in the IPL 2021 but played only two matches before he was ruled out.

The road to recovery was long and tough, but @Natarajan_91 will be back with the #Risers today! 🧡#OrangeArmy #OrangeOrNothing pic.twitter.com/Pv68Te3TEO

IPL 2021 Phase 2: The clear lack of pace and his struggles were visible as he opted to go under the knife and underwent five months of intense rehabilitation. His absence was also felt in SRH camp as the team clearly missed a strike partner of Bhuvneshwar Kumar who could bowl with the new ball and get wickets in the powerplay. Moreover, the perfect yorkers in the death overs were also a miss and the likes of Khaleel Ahmed and Sandeep Sharma failed to get SRH the goods that T Natarajan offered.

IPL 2021 Phase 2: The other surprise package in the Sunrisers Hyderabad squad is Abdul Samad. He might have just played 4 matches in Phase 1 but the Kashmiri batsman is charging his battery to hit long sixes. During SRH’s practice session in UAE, the youngster hammered one that left everyone stunned.

As the franchise is struggling in IPL 2021, they want to bounce back and Samad might play a bigger role as he did in IPL 2020. In the last edition, Abdul Samad featured in 12 matches and played the role of a power-hitter to take on the bowlers from the word go. That he had a strike rate of over 170 tells you the story. But he was not utilised properly. In Phase 2, he is expected to play a bigger role. 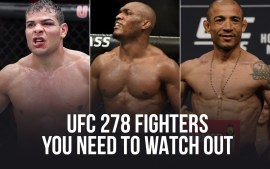