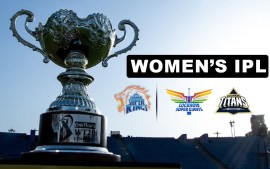 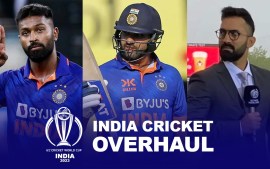 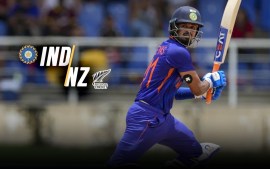 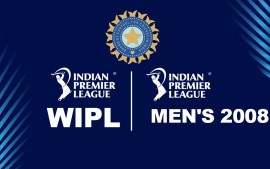 IPL 2021 Phase 2: Sourav Ganguly reaches Dubai, BCCI to start their temporary office soon for IPL but flight ban continues to be headache: After completing the Oman trip for the T20 World Cup, BCCI President Sourav Ganguly has reached the United Arab Emirates to accelerate the preparations for the second leg of the IPL 2021. There, the BCCI will open a temporary office to oversee proceedings of the IPL 2021 Phase 2. However, UAE’s further extension on the travel ban for India continues to be a headache, forcing IPL franchises to change their plans.

It appeared that the flight ban would be lifted on July 21 which could help the franchises to visit UAE and plan logistics besides booking hotels and practice venues. But on Friday, Etihad Airways confirmed that travellers from India, Pakistan and Bangladesh are banned until July 31 with few exemptions, in which franchise officials don’t fall. The desert nation will host 31 remaining matches of the IPL from September 17.

As per the recent reports from Khaleej Times, UAE national carrier, Etihad Airways, has announced the extension of flight suspensions from India, Pakistan and Bangladesh until July 31, which earlier stood till July 21.

“The only exemptions are if you are a diplomat or a UAE national or a Golden Visa holder. Your PCR test, in this case, must be taken a maximum of 48 hours before your flight departure,” the carrier said.

Also read: IPL 2021 Phase 2: Franchises getting jittery as no official communication from BCCI on IPL schedule and foreign players’ availability

The further decision to extend the suspension of flights from the countries has been taken in order to contain the coronavirus pandemic. However, the continuous extensions are putting the franchises in a tough spot.

With no official confirmation on the IPL 2021 Phase 2 dates and the travel ban, franchises are facing difficulties in planning their next move and logistics.

“We have only heard about the dates from the media and not from the BCCI. The problem is even though Rajeev ji has announced the dates, BCCI hasn’t sent anything officially. So, booking hotels assuming that the dates stick is not realistic. So, we won’t be going to UAE now as it’s better to get a confirmation from the BCCI first,” a franchise official, who did not wish to be named, told InsideSport.

IPL 2021 Phase 2: Why BCCI’s lack of communication a problem for the franchises

“We still don’t have any official intimation as yet from the BCCI. Unless we get an official note from BCCI, I cannot comment. Whatever we have heard, it is through the media. We are in a state of preparedness. We don’t have a problem. Whichever dates BCCI declares, we will be fine by that. Everything is being checked, hotels are being finalised, grounds have been finalised for practice. All of that is done. We are prepared. As soon we get an official confirmation, we will make our move,” a Punjab Kings official told InsideSport earlier this month.

While Ganguly has already touched Dubai, BCCI secretary Jay Shah is also expected to reach the same place on Saturday. The BCCI officials will visit Dubai and coordinate with the UAE government, especially with the Abu Dhabi government which has far more strict COVID-19 protocols. The dates and venues of the IPL 2021 and ICC T20 World Cup are likely to be announced after the end of this visit.