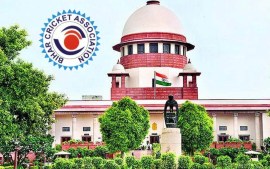 IPL 2021 Phase 2 – BCCI again weaves their magic, Caribbean Premier League agrees to advance dates for IPL 2021: What comes a piece of extremely positive news for the BCCI, Carribean Premier League (CPL) has agreed to Board of Control for Cricket in India (BCCI) request to change in dates to ensure the availability of West Indies players in the IPL 2021 Phase 2. According to the information, BCCI had put in a request to Cricket West Indies to prepone CPL 2021 by week to 10 days.

“CWI is doing our best to help facilitate a smooth transition from CPL to IPL, without a conflicting overlap,” Ricky Skerritt, the president of CWI, told Cricbuzz confirming the proposed changes in the schedule.

The remainder of the 2021 Indian Premier League will be played between September 19 and October 15 in the United Arab Emirates (UAE), the Indian cricket board confirmed on Wednesday.

“IPL will be held between September 19 and October 15,” Rajeev Shukla, vice-president of the BCCI had said.

IPL 2021 Phase 2 – Foreign Players’ availability big headache for BCCI: It’s clear the board at this stage is worried and concerned about the availability of the top foreign players during the window. Most of the foreign cricketers during this window will busy fulfilling their national commitments.

Be it England, New Zealand, Afghanistan all will be playing for their country in various bilateral series.

IPL 2021 Phase 2 – Foreign players doubtful? The ECB has already made it clear that national commitment will take precedence over IPL 2021 with Ben Stokes, Jos Buttler, Jonny Bairstow, and other English players playing Bangladesh and Pakistan in bilateral series.

Furthermore, New Zealand players will also be ruled out if New Zealand Cricket does not tweak its fixtures against Pakistan. Australian players will be busy hosting Sri Lanka while South Africa will host the Netherlands. According to reprots, Cricket Australia is also planning Tri Series at the time of IPL 2021.

For more sports news and IPL 2021 Phase 2, CPL updates, follow us at insidesport.co