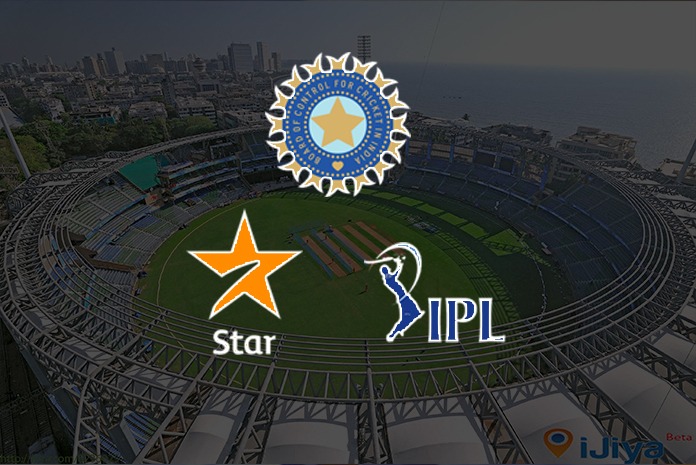 The Indian Premier League (IPL 2020) organizers, Board of Cricket Control of India (BCCI) has never witness value erosion for any of their commercial asset, especially any IPL centric asset. But due to the unprecedented circumstances, BCCI for the first time will have to live with almost 50% of reduction in value for the IPL 2020 title sponsorships.
Dream11 walked away with the IPL 2020 title sponsorship at 222 Cr. For the same deal VIVO was contracted to pay 440 Cr before the deal was suspended for the current edition.
Will this value erosion of most marquee of IPL asset also affect the values of on-air sponsorships ? Will the IPL broadcaster Star India also will face the heat in this difficult market ?
According to the InsideSport information, Star India earned in the range of 2200 Crore from the IPL 2019. Their revenues for 2018 edition was less than 2000 Cr.
Star according to the sources had set an internal target of 3000Cr in the month of March which by any standard must have been revised.
The market has a varied view, according to some it will be difficult for Star to even deliver the numbers they had clocked in 2019. But according to others, with festive cheer round the corner, IPL 2020 will be the hottest property for the advertisers and they can’t afford to miss the same.
IPL 2020 : Will IPL 2020 be a big hit with the advertisers or will Star India struggle ?

ISSUE 1 : Less than 30 Days to deliver biggest advertising target
The biggest issue according to the market is paucity of time. The uncertainly around IPL 2020 in the last few months have made the task for Star very challenging. The time at hand is very less and with each passing day task will keep punching hole in Star’s deep pockets.
Despite of IPL 2020 less than 30 days away, according to the media experts, the IPL broadcasters are left with substantial chunk of unsold inventory, sponsorship packages at their disposal.

“Disney-Star India used to sell their sponsorship packages months in advance. They usually have 11-12 Associate Sponsors and four Co-Presenting Sponsors. We are now in August, with less than a month for the tournament to begin, they are still sitting on huge unsold inventory. Only Amazon has confirmed as Co-Presenting Sponsor. They are under tremendous pressure,” remarks Deepak Sharma, MD, Starcom India.

Adding further, he said, “A month ago, Star India stated that they will hike the ad rates by 15-20% because they believed viewership will see a boost as people are in their homes. However, if you haven’t closed on sponsorships, then you can’t command rates for spot buy. If I have sold 80% of inventory, then for the balance 20% I can hike the rates to Rs 12 lakh per 10 seconds.”

Another potential threat for Star India is that other broadcasters have also lined up big shows during the IPL 2020 window. Both KBC and Big Boss are scheduled for the same window as IPL 2020. These properties will also attract few marquee advertisers that will eat into Star’s share. Industry seems to be divided on potential threat of these properties on IPL 2020.
According to Shivam Ranjan, Head of Marketing, Motorola, the audiences are looking forward to new content and hence broadcasters may not see a loss of audiences and advertisers typically associated with the IPL season.
He said, “In fact, this strong line-up of fresh content will give an opportunity to advertisers to optimize their media impact without necessarily investing in media around the IPL alone.”
“IPL is much bigger than any show on GEC. More days, more action and more eyeballs. No one can match IPL. Only 30-40 top advertisers of the country can afford IPL. It is not everybody’s cup of tea. IPL ad-sales will be dependent on the fact, how well Star can convince, cater these marquee advertisers. Time is less, more time wastage on the negotiations, more will be the pressure on Star”, said Ashish Chadha, CEO of leading Sports marketing firm Sporty Solutionz.
ISSUE 3 : Will the Chinese advertisers advertise on IPL 2020 ?
If any issue is the biggest roadblock this stage for Star’s IPL targets, i.e reluctance, confusion and lack of clarity on the advertising commitments from the Chinese brands because of the prevailing anti-China sentiment in India.
Just sample this – Star India had almost a confirmed Co-Presenting partnership deal on IPL 2020 with Chinese handset company OPPO till the month of March.
Same was the case with VIVO’s commitment. But now not only these two but other deals are also in limbo for Stat India due the Anti-China wave which has already costed BCCI VIVO title sponsorship.

“The sentiment against the Chinese brands is very strong currently. We are advising our clients to stay away from any big ticket advertising. Be it IPL 2020 or any other big television property, it is unlikely Chinese brands will advertise in these circumstances”, said one of the large advertising agency involved in the media buying for the Chinese handphone client.

Also Read : https://www.insidesport.in/ipl-2020-big-setback-for-ipl-broadcaster-star-india-vivo-oppo-real-me-set-to-skip-ipl-2020/
Star’s ad-sales numbers will depend on how well they maneuver, handle and avoid the pitfalls surround above mentioned 3 issues. Without any doubt, festive cheer will be their biggest ally which they may ride on to some safety.