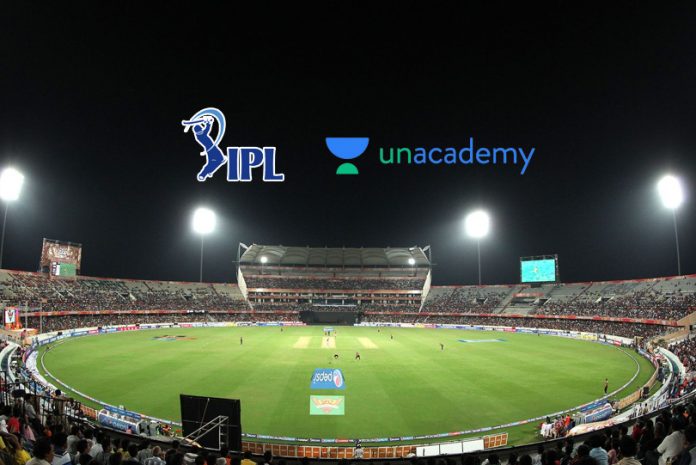 At-last there is some good news for the 13th edition of the Indian Premier League (IPL 2020). According to the information available with InsideSport, after the pull out of Future Group, Ed-tech company Unacademy has officially singed up with the BCCI as the IPL central sponsor.
Unacademy has signed for 3 year as IPL central sponsor and will shell out in the range of 120-130 Cr for the period. The official announcement in this regard will be made soon.
“The deal with Unacademy is completed for 3 years. We will make the official announcement soon”, confirmed the BCCI official to InsideSport.
It is worth noting that after the pull-out of Future Group and graduation of Dream11 as title sponsor of IPL 2020, BCCI were left with two vacant slots for the associate sponsors of the league.
Now with Unacademy filling up the first slot, BCCI is in talks with the Credit Card payment company CRED for the second slot. 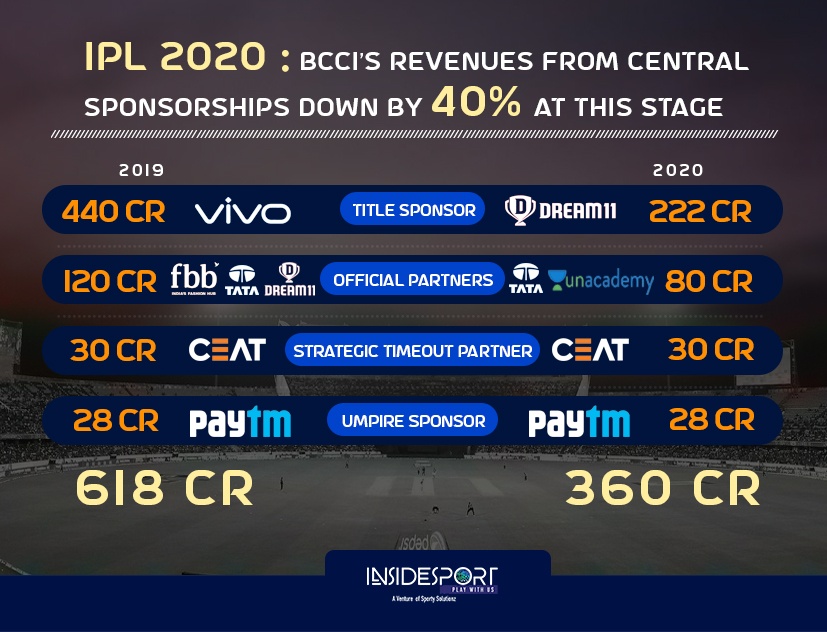 IPL 2020 : BCCI’s revenues from Central Sponsorships down by 40% at this stage

1 – Title Sponsor – VIVO – 440 Cr
3 – Official Partners – Tata Motors, FBB & Dream 11 – 120 Cr
1 – Umpire Sponsor – PAYTM – 28Cr
1 – Strategic Timeout Partner – CEAT – 30Cr
Total Central Sponsorship Revenues in IPL 2019 – 618 Cr
In comparison IPL 2020 Central Sponsorship values are currently down by 40%. Not only the IPL Title Sponsorship values are down by 50% but also the slots vacant by Dream11 and Future Group is posing problems for the BCCI.
1 – Title Sponsor – Dream11 – 222 Cr
2 – Official Partners – Tata Motors, Unacademy – 80 Cr
3 – Umpire Partner – 28Cr
4 – Strategic Timeout partner – 30 Cr
Total Central Sponsorship Revenues in IPL 2020 – 360 Cr at this stage.
BCCI may add one more partner to the IPL 2020 kitty. But still the IPL central pool revenues this year is all set for almost an 40% hit.
The franchises which are also feeling the heat from their team sponsors, will now also feel the pinch of the central sponsor pull out as 50% of the total central pool revenues are shared with the IPL franchises.