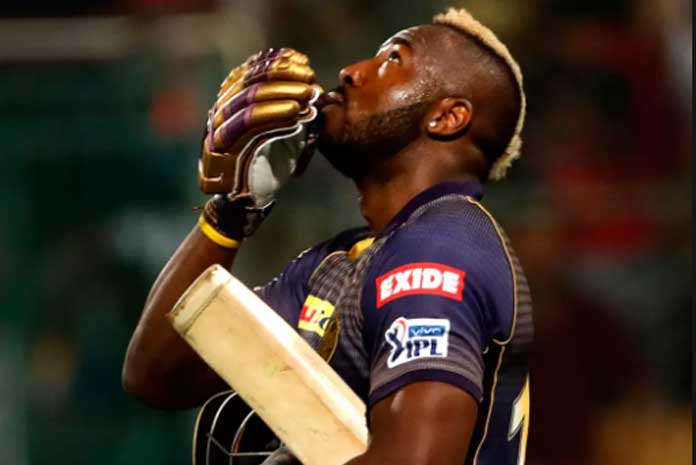 The 13th edition of the Indian Premier League (IPL 2020) is around the corner and fans are  eagerly waiting for their favourite cricketers entertain them to the core.

For years, the IPL has seen many destructive players who have won games for their respective teams single-handedly. This time it will be no different either.

Interestingly, it’s the hard-hitters who often steal the limelight in the IPL as they not only add quick runs on the board but also entertain fans with their big-hitting prowess.

Here we look at 5 such players who can destroy their opponents in the IPL 2020:

Russell is that kind of player who can hit sixes at will and can single-handedly take his team across the finishing line no matter what the situation is.

Interestingly, Russell was the MVP for IPL 2019 after ending as KKR’s leading run-scorer (510) and highest wicket-taker (11) as well.

In the 2013 edition, Gayle scored an unbeaten 175 off 66 balls in Royal Challengers Bangalore (RCB) colours against Pune Warriors India — still the highest individual score in the history of the tournament. Overall, Gayle has scored 4484 runs in 124 IPL innings at a strike rate of 151.03.

Despite being 41 years old, the Windies batsman is still extremely relevant in the T20 format and can never be taken lightly because you never know when the ‘Gayle Storm’ may hit the stadium.

Rohit Sharma is like a fine wine that keeps getting better each passing year. Commonly knows as ‘The Hitman’, Rohit has the ability to clear the rope with ease and on his day he can destroy any bowling line-up.

The MI skipper is the only cricketer in the world to hit most sixes (13) in a Test match and he is also the second Indian to score a century in all three formats of the game.

Rohit’s meticulous planning through the match is evident in how he starts his game slowly and picks up momentum gradually and once he gets going there’s no stopping him.

Despite the average performance with the bat, Rohit lead Mumbai to IPL 2019 title win.

Former South African batsman de Villiers is known ‘Mr. 360’ for his ability to score in any part of the ground. He is one of the most exciting players to watch in IPL and his ability to play outrageous shots is what sets him apart from the rest.

de Villiers has played 154 IPL matches and he is the third most successful overseas batsmen in the history of tournament with 4395 runs, scored at an incredible strike rate of 151.23. His current boundary count stands at 357 fours and 212 sixes

ABD has been a key player for RCB. If it wasn’t for Virat Kohli and de Villiers, the Bengaluru based franchise wouldn’t even have been half a team they are at the moment.

Hardik Pandya’s fearless batting is what makes him dangerous in crucial situations. The 26-year-old has been instrumental in MI’s success.

After staying away from the cricketing field, even before the coronavirus-induced lockdown, owing to a back injury, Pandya is desperate to get back in action which makes him more lethal than ever.

Last year, Pandya was brilliant with both bat and ball as he scored 400 runs with an unbelievable strike rate of 191.42 and bagged 14 wickets.

Overall, Pandya has scored 1068 runs in 61 IPL innings which consists of three half-centuries. He got a strike rate of 154.78. Hardik is equally impressive in the bowling department as well, as he has clinched 42 wickets in 66 matches.