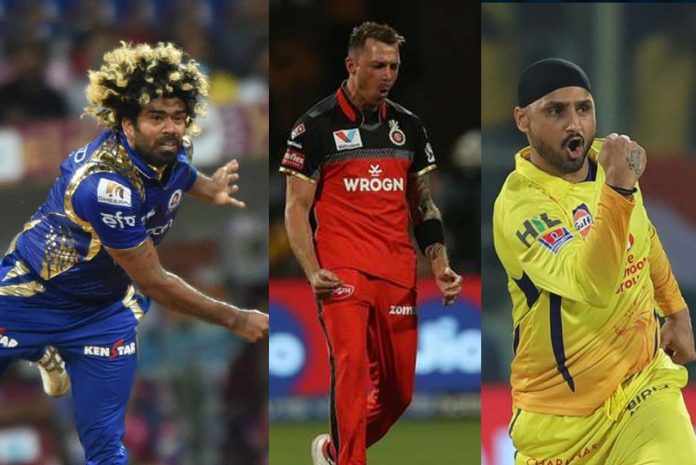 The 13th edition of the Indian Premier League (IPL 2020) is slated to start from September 17 and the fans are waiting with baited breaths to watch the action go down. Along with that, it provides the opportunity for some old veterans to prove their worth in the toughest league in the world.

Nonetheless, it is worthy to note that, owing to many crucial factors such as age, team dynamics, and fitness levels, the imminent edition of IPL might turn to be the last one of their cricketing careers for quite a few players.

We will look at the top 5 players who might bid adieu to the league after the end of this IPL 2020 season.

Proteas quick Dale Steyn is one of the most respected fast bowlers in the history of IPL. Until this date, Steyn has been a part of 92 IPL matches. From these games, the paceman has managed to grab 96 wickets at an average of 24.73, a strike-rate of 21.93, and an economy rate of 6.76. The numbers say a lot about Steyn’s stature.

Steyn seemed to be in good touch in IPL 2019. However, owing to a shoulder injury, he was ruled out of IPL 2019 and managed to play just two games in IPL-12.

Steyn has been amidst a lot of injuries, and much like Malinga, the approaching season of IPL might as well be Dale Steyn’s farewell season.

Lasith Malinga – the Sri Lankan bowling legend – has been one of the best pacemen in the entire history of IPL. Malinga’s IPL numbers justify his excellent run in IPL. Having played 122 IPL games and having grabbed 170 wickets at an average of 19.82, Malinga is the highest wicket-taker of IPL.

After becoming a bowling mentor in IPL 2018, Malinga returned to the field as Mumbai Indians bought him at the 2019 IPL Auction. The investment turned out to be fruitful for MI as Malinga’s experience came handy in the high-pressure finals of IPL 2019 while helping them to win their record fourth IPL title.

With plenty of fast bowling options at MI’s disposal, and the Sri Lankan stalwart Lasith Malinga’s struggles with fitness, IPL 2020 might as well come to be the last one for the legendary bowler, known for his toe-crushers.

The ‘turbanator’ has been one of the most successful bowlers in the history of the league. The veteran is the part of the unit of the Chennai Super Kings. Harbhajan Singh enjoyed a great season last year where he picked 16 wickets in just 11 games and played a crucial part in getting his team into the final of 2019 IPL.

Harbhajan Singh is one of the few traditional off-spinners still remaining in a competition dominated by wrist spinners and it would be a shame to see him go.