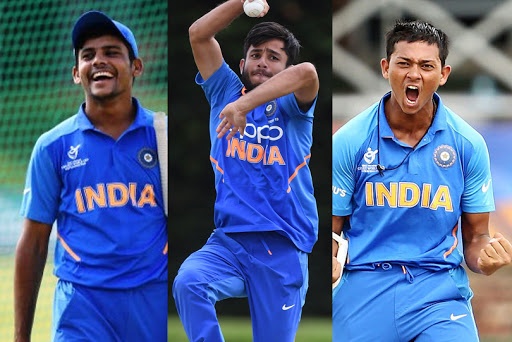 Indian Premier League 2020 (IPL 2020)- the 13th edition of the cash-rich league is slated to start from September 19. The IPL has always provided a platform for the emergence of young players, providing them the opportunity to showcase their talent on a big stage.

Since the inception of the IPL in 2008, we have seen a lot of promising players rise to stardom for their franchise and then going on to play for their national teams.

In this article, we take a look at the top potential future stars who will be gunning to utilize their chance as they make their IPL debuts this season.

This young right-arm leg spinner will be donning the Sunriser Hyderabad outfit for IPL 2020 after he was bought by the franchise for a sum of INR 1.9 Crore.

The youngster impressed in the U-19 World Cup earlier this year as he finished as the leading wicket-taker, capping off with a four-wicket haul in India’s loss in the final against Bangladesh.

Yashasvi Jaiswal is one of the most hyped youngsters set to make his debut in IPL 2020 who services were roped in by inaugural champions Rajasthan Royals for a whopping prize of INR 2.4 crore.

Jaiswal is the youngest cricketer to score a double hundred in List A cricket and possesses the ability to play attacking cricket, which is well suited for the T20 format. Besides, he can also bowl leg spin, which can come in handy.

With Rajasthan Royals going big for the youngster’s services, Jaiswal will be hungry to prove himself and do well this year in the IPL.

Priyam Garg was another sought-after youngster in the IPL 2020 auction before Sunrisers Hyderabad bought the player for INR 1.9 crore.

He was named India’s captain for the ICC U-19 World Cup 2020 and ably led his side to the final, contributing with the bat whenever the team needed him to. Sunrisers Hyderabad can deploy Garg seamlessly in the middle order behind their fiery openers; he can come in at number three or four and make a mark.