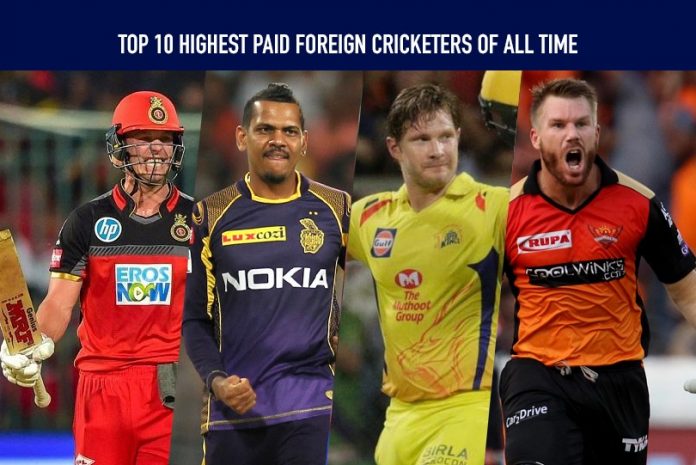 To answer all of this, InsideSport has compiled a complete list of the highest earning foreign cricketers from the last 12 seasons of IPL. Take a look

Benjamin Andrew Stokes OBE is an English international cricketer and current vice-captain of the England Test team. Stokes was part of the England squad that won the 2019 Cricket World Cup.

Christopher Henry Gayle, OD is a Jamaican cricketer who plays international cricket for the West Indies. Gayle captained the West Indies Test side from 2007 to 2010. Considered as one of the greatest batsmen ever in Twenty20 cricket, Gayle has set numerous records across all three formats of the game.

David Andrew Miller is a South African international cricketer. He is an aggressive left-handed middle order batsman and an occasional wicket-keeper who plays domestic cricket for the Dolphins

David Andrew Warner is an Australian international cricketer and a former captain of the Australian national team. A left-handed opening batsman, Warner is the first Australian cricketer in 132 years to be selected for a national team in any format without experience in first-class cricket.

Kieron Adrian Pollard is a Trinidadian cricketer who captains the West Indies cricket team in limited overs cricket. An aggressive all-rounder, Pollard is a medium-pace bowler and big-hitting batsman in the middle-order.

Abraham Benjamin de Villiers, is a South African cricketer. In limited overs cricket he is an attacking batsman. He was named as the ICC ODI Player of the Year three times during his 15-year international career. His name was also featured in Wisden Cricketers of the Decade at the end of 2019.