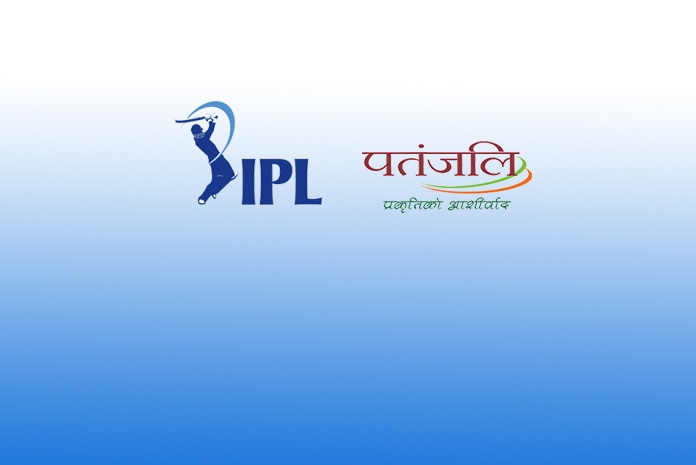 The homegrown FMCG brand Patanjali has become first brand in the country to openly declare that they will be bidding for the title sponsorship of the Indian Premier League (IPL 2020).

“We are considering the IPL title sponsorship for this year, since we want to give the Patanjali brand a global marketing platform,” Patanjali spokesperson SK Tijarawala confirmed to ET, adding Patanjali is considering making a proposal to the Board of Control for Cricket in India (BCCI).

The Baba Ramdev-led Patanjali Ayurved, which sells a range of grocery products including toothpaste, honey and noodles in the ayurveda and natural products space, according to the report is in process of reaching out to BCCI to formally submit its interest.

Because of the Anti-China sentiment prevailing in the country, BCCI had to pause their relationship with VIVO. Questions are also being raised on BCCI’s other sponsors funded by the Chinese companies. Amid such a situation, a homegrown staunch nationalistic brand like Patanjali fits the bill completely.

Also the brand from last few quarters has been losing ground in large categories like biscuits and noodles, owing to trade disruptions and allegedly inconsistent quality from time to time. Riding on a high-visibility property like IPL, Patanjali can make return of sorts according to few Industry experts.

“Its a very interesting thought by Patanjali. The kind of visibility IPL can bring in no one else can. Just imagine what the association can do for the brand profiling”, said one of the leading media expert.

Meanwhile, BCCI according to sources will release the expression of interest for the IPL 2020 title sponsorship today.
IPL 2020 Title Sponsorship BID : BCCI to issue Expression of Interest on Monday

This statement by one of the BCCI official clearly reflects the mood in the BCCI camp. The Indian board has more or less made peace with the fact that IPL Title Sponsorship values are set to take hit of minimum 50-60% from what VIVO was paying to the board.
According to the sources, BCCI will be issuing an Expression of Interest today for the IPL 2020 Title Sponsorships.
The Indian cricket board wants to complete the process latest by the next week so that they can focus on the execution of the IPL 2020 in UAE.
– EOI to be issued by Monday
– Letter of Intent by the Interested Parties by End of this week
– Deadline to submit the bids by the interested parties – 18h August
– BIDS Opening – On the same Day
The main area of debate for the board was whether to keep any base price for the IPL title sponsorship or not. According to the InsideSport sources, after thorough deliberation it has been decided that the EOI will not carry any base price and board will leave it on the market to decide the price for the IPL title sponsor. The sources further informed InsideSport that the BCCI would be satisfied with a bid of 180-200 Cr.
Also Read: IPL 2020: RCB’s Squad led by Virat Kohli plans to depart for UAE in…
IPL 2020 Title Sponsorship BID : BCCI facing another challenge
Other than sharp dip in the IPL title sponsorship values, BCCI is facing another challenge from the parties who have shown some bit of interest in the association. Whoever BCCI has reached out to, those parties want BCCI to extend the sponsorship window to 2-3 years. But will it be possible ?
“It won’t be possible. We still have existing contract with VIVO. The contract has just been paused for a year. If situation will permit the contract will come alive for the next edition of the IPL. We can’t permit more than 1 year of rights”, declared BCCI official involved with the process.