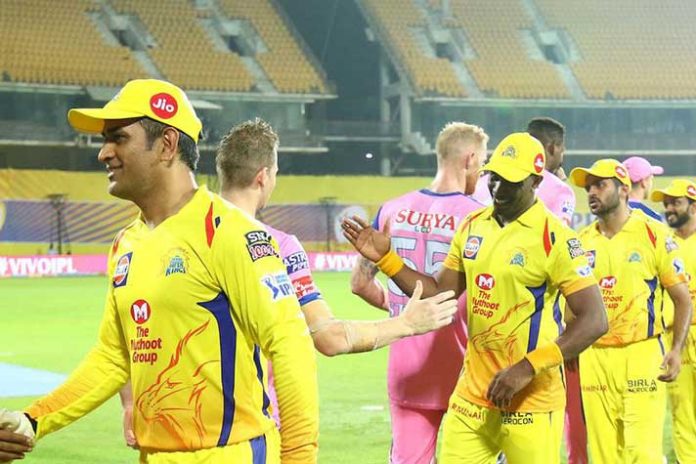 Decks are being cleared to ensure that the spectators are allowed in all the stands of the MA Chidambaram Stadium in Chennai during the Indian Premier League 2020. The Madras Cricket Club has resolved for a solution to have de-sealed the three stands, which have been out of bounds for years.

The Madras Cricket Club, during its extraordinary general meeting in Chennai on Wednesday evening, has resolved to demolish the gym at the MA Chidambaram Stadium. The move will pave the way to the de-sealing of the I, J and K stands at the Chepauk, which have been out of bounds for a number of years.

The Madras Cricket Club President R Ramesh had confirmed after the general body meeting that the gym would expectedly be demolished next month to ensure that the three stands were reopened in time for the Indian Premier League. “Chennai should not, anymore, be denied international matches and the IPL final because these three stands remained closed,” Ramesh has told national daily The Hindu.

The closure of the I, J and K stands had deprived the Chepauk Stadium of various international events, including a game during the ICC World Cup 2016.

The State Government had last month renewed the lease of the MA Chidambaram Stadium for 21 years. The Tamil Nadu Cricket Association and the Madras Cricket Club virtually had no control over the Stadium for carrying out any repair or renewal works since the lease had expired in 2015.

Also read: TNCA thanks govt for extending lease of M A Chidambaram

The cricket body will now apply to the local authorities – Municipal Corporation and Chennai Metropolitan Development Authority – for permission to demolish the gym area.  “We are sure we will be granted that since the gym is not a part of any heritage structure,” Ramesh has told the Hindu. “Only the two old squash courts, the billiards room and the club office, the three buildings within the MCC complex, have been declared heritage structures.

“We expect the gym will be demolished sometime in February so that the three stands can be reopened for the IPL. Chennai should not, anymore, be denied international matches and the IPL final because these three stands remained closed. The cricket fans of the State are the biggest winners. Now we can have more spectators and more big matches at Chepauk.”

After the IPL, the MCC will demolish its pavilion and the club building and construct new structures in their place.

Madras Cricket Club and Tamil Nadu Cricket Association will also be entering an agreement to build a new stand by the end of this year.

TNCA reportedly is also targeting to get international cricket back to the Chepauk by hoisting a Test during England’s tour of India during February-March next year.

Apart from rebuilding MCC with a new stand, TNCA will also renovate the Anna Pavilion block with a state-of-the-art dressing room and corporate boxes. Though most stadiums stop activities during renovation, TNCA is looking at the window between May and December to get the stadium ready.