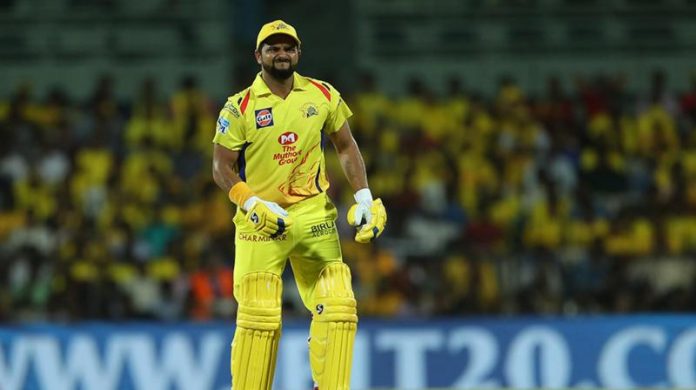 CSK’s player Suresh Raina and Harbhajan Singh pull out of IPL 2020 citing personal reason.After their pull out CSK to announce replacements for either Raina or Harbhajan but the former  India wicket-keeper batsman Deep Dasgupta said “Raina might be back in the UAE for IPL 2020.“I have a feeling that Suresh Raina will be back playing the IPL. He might miss out on the first few games because of the quarantine rules and all but I have a feeling that Suresh will be back,” Dasgupta told ESPNCricinfo. “I won’t be surprised if they don’t pick a replacement for Suresh.

”Raina, for his part, has not yet ruled out the chances of his return to UAE to play the IPL. “I’ve been training even while quarantining here. You never know you might see me in the camp there again,” Raina told Cricbuzz.

On the other hand CSK’s Harbhajan Singh who  also left the IPL 2020 due to personal reasons. Dasgupta feels all-rounder Jalaj Saxena can be an ideal replacement for Harbhajan Singh.“As far as the replacement is concerned, there aren’t too many options. But I think Jalaj Saxena deserves a place, he’s a good enough all-rounder. I think they might look at him, he’s a very good option for Bhajji’s replacement,” Dasgupta added.