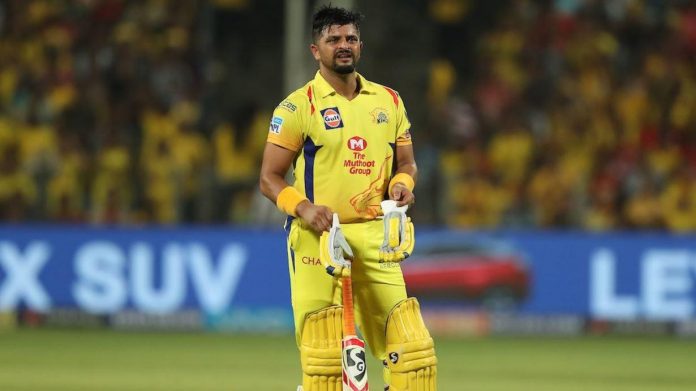 The drama surrounding Suresh Raina in the Indian Premier League (IPL 2020) continues. In a series of interviews given by Raina on Wednesday to various news platforms, he clearly indicated that he can rejoin the Chennai Super Kings (CSK) franchise.

“You never know, you might see me in the CSK camp again. First, I have to take care of my responsibilities here and then am ready,”

Also Read:The Rock and his family tested positive for COVID-19, check it out here

According to InsideSport sources, Raina who left the team in huff after 13 members of CSK were tested Covid-19 positive, spoke and apologized to team owner N.Srinivasan for his hasty retreat from Dubai after he was questioned for serious breach of discipline inside the bio-security bubble at Taj Hotel. Raina according to the sources, apologized to Srinivasan for his immature conduct.

The information coming from CSK camp in Dubai also has indicated that Raina has reached out to team management and has apologized for his conduct.

“Once he left, he has been removed from CSK’s WhatsApp group. He has reached out to team-management including CEO, MS Dhoni and Coach Fleming and is looking for a chance to return”, indicated one of the source to InsideSport.

“Look, please understand, that’s not my domain at all,” he was quoted as saying by a news agency. “We own a team, we own the franchise but we do not own players. I don’t own the players.”

“I am not the cricket captain… We have the greatest captain of all times. So, why shall I even interfere in cricketing matters?”

The good part for Raina is that CSK haven’t sought a replacement for Raina yet. InsideSport spoke to CSK’s CEO Kasi Viswanathan and he made it clear that their are no talks in the CSK camp to call for Suresh Raina’s replacement.

“We are not calling for any replacement for Raina. Team captain and team coach are both satisfied with what we have in our kitty currently”, told CSK CEO on Tuesday evening.

This means, Raina’s place in the CSK team is still protected. His comeback will all be dependent now on how team captain Dhoni reacts to the situation. As always, Dhoni will keep all his cards close to chest but be sure twist and turns in drama surrounding SURESH RAINA will continue.