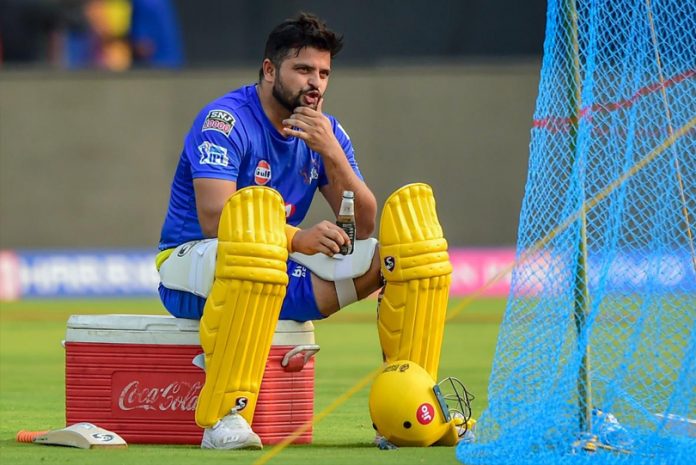 IPL 2020:After rushing back from the Indian Premier League (IPL 2020) in UAE, former India & CSK cricketer Suresh Raina has spoken out on the death of his uncle, which happened due to an attack by robbers in Punjab’s Pathankot district.

“What happened to my family is Punjab was beyond horrible. My uncle was slaughtered to death, my bua & both my cousins had sever injuries. Unfortunately my cousin also passed away last night after battling for life for days. My bua is still very very critical & is on life support,” Raina said on Twitter.

“Till date we don’t know what exactly had happened that night & who did this. I request @PunjabPoliceInd to look into this matter. We at least deserve to know who did this heinous act to them. Those criminals should not be spared to commit more crimes. @capt_amarinder @CMOPb”

Till date we don’t know what exactly had happened that night & who did this. I request @PunjabPoliceInd to look into this matter. We at least deserve to know who did this heinous act to them. Those criminals should not be spared to commit more crimes. @capt_amarinder @CMOPb

According to police, three to four members of the notorious “Kale Kachhewala” gang had come with an intention to loot, attacked Ashok Kumar and his family members at their house in Thariyal village near Madhopur of Pathankot. At the time of the attack, they were sleeping on the terrace of their house.

It seems Chennai Super Kings (CSK) and their leader MS Dhoni feels Suresh Raina can still make a comeback to the Indian Premier League (IPL 2020) in UAE. Raina who has been very important cog in the wheel for the CSK batting left the team in huff and puff but CSK is yet to officially call for any replacement for the southpaw.

No one exactly knows why Raina left all of a sudden other than the CSK management. But whatever it is, reality is CSK has not asked for any replacement till date. This clearly means that CSK either is waiting for Raina to make a comeback or they are banking heavily on young Ruturaj Gaikwad to fill in Raina’s shoes.

None other than CSK’s owner N. Srinivasan himself has clearly hinted that CSK will not call for any replacement and he is hopeful that Raina will certainly realize what he is missing.

“Ruturaj is an outstanding batsman and will get a chance now. He can become the star of the show, who knows?” the CSK chief said.
Interestingly, Ruturaj also is one of the played who has tested Covid-19 positive according to the reports and is currently in a 14 days quarantine period. There is still no guarantee that when the tests are conducted once again post the quarantine period is over, he will recover and test negative. Still team doesn’t want to call for any replacements.

Reason, team still feels Raina can make a comeback and Srinivasan also feels Raina will want to come back.

“The season has not begun yet and Raina will certainly realise what he is missing and certainly all the money (a salary of 11 crores per season) he is going to lose,” the CSK boss said.

InsideSport tried reaching out to CSK’S think tank in Dubai to check if they are calling for Raina’s replacement. No one has a clue. According to everyone, Dhoni is the one who will exclusively take calls in this regard.

“MS will decide what is to be done. For now, no replacement is being called for Raina”, said a source in the CSK camp.

T20 World Cup: Samuel Badree picks two spinners to watch out, adds one Indian in it – Check out