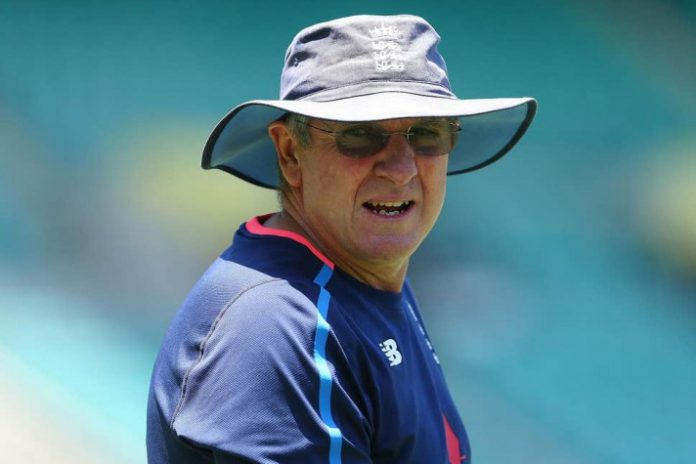 Trevor Bayliss, the much decorated Australian who replaced Tom Moody as their Head Coach of Sunrisers Hyderabad (SRH) from this year, has declared that Sunrisers can win the Indian Premier League (IPL 2020) trophy this year.

The 57-year-old Bayliss in an email interview to InsideSport said, “SRH has one of the best teams in the tournament. Team which has players of the caliber of Warner, Williamson, Rashid Khan can off course win the title, why not”

Bayliss knows about the wickets in UAE very well as he was at the helm of Kolkata Knight Riders team during their 2014 leg here when Knights went on to win the title under his guidance. Bayliss guided the Knights to IPL triumphs in 2012 and 2014 before taking up the England assignment.

Bayliss is considered as a master tactician. He has played a huge role in transforming England team in their approach to the shorter formats between 2015 and 2019 capping it with the ICC World Cup triumph in 2019.

The head coach of SRH during team’s virtual session also declared that he is also looking forward to working with his illustrious support staff comprising of Laxman and bowling coach Muttiah Muralitharan.

‘‘They are two absolute greats of the game,’’said Bayliss, who reported to the beachfront team hotel on Friday and is now going through the mandatory quarantine period.

David Warner, who has been reappointed the captain of Sunrisers Hyderabad after Kane Williamson led the team for the last two years, called for a collective leadership for the senior players in the forthcoming edition of IPL in the UAE.

Addressing the players in a virtual session, Warner – the architect of their 2016 title-triumph – thanked Williamson and Bhubaneswar Kumar for guiding the team over the last two seasons during which Hyderabad made the final in 2018. ‘‘Nothing is going to change really. It does not really matter if you don’t have the ‘C’ next to your name.’’ the Australian opening batsman said.

VVS Laxman, their batting mentor, said he is hoping that Warner can join them before the first game. Laxman informed the squad in a separate virtual meeting that the Australian and England players who are involved in an international fixture from September 4 to 16, will be joining the team immediately after and will be able to resume play from September 20 or 21.

“Also to Kane Williamson and David Warner, all those who are on international assignments, all the very best and I am sure that you will be at your best when you join the franchise, starting the first game probably on the 20 or 21st”