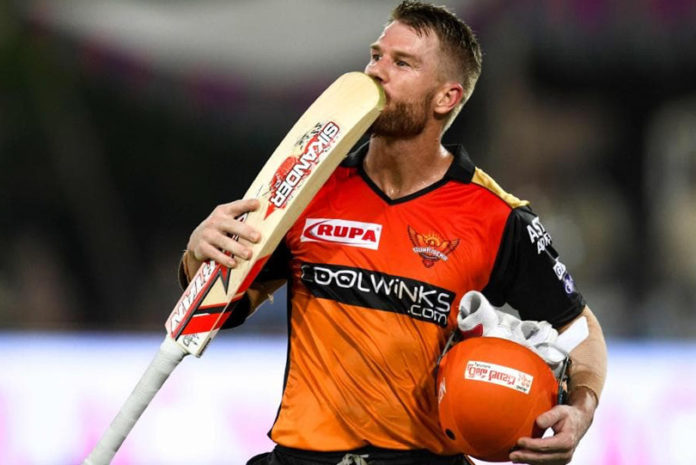 Chasing 164, SRH were 121 for two before Yuzvendra Chahal triggered a collapse with his twin strike in successive balls.

SRH lost the match by 10 runs with their middle-order, comprising mainly of inexperienced Indian players, succumbing to pressure.

The 19-year-old Garg (12) and 20-year-old Sharma (7) couldn’t grab the opportunity as the former was bowled while trying to scoop the ball past the keeper and the latter fell prey to a terrible mix-up with Rashid Khan.

Warner though said he has faith in young Indian batsmen.

“We wouldn’t have put them (young Indian pair) in the middle over if we didn’t think they are not good enough,” Warner said in the post-match press conference.

“Anyone who wants to criticise the middle order batting, … it is something I haven’t seen before — three bizzare dismissals. I encourage them to keep playing their way and not think too much about the scenario or situation out there.”

“We rely on our senior players to guide these guys out there in the middle, my message to the youngsters was to play their natural game, that’s the only way one can learn. It can be difficult at times, it is pressure environment, it’s got to keep it calm and simple for them.”

Earlier Warner was unlucky to be run-out for six when Umesh Yadav managed to get his finger on the ball in his follow through and it hit the stumps with the SRH skipper short of the crease.

Warner said the fall of wickets changed the momentum of the game.

“It is difficult to play cross batted shots in the middle overs, you have to play as straight as you can. You have to make the pace, the ball is going up and down but I felt once two batsman gets in it is difficult to try contain.

“Obviously wickets changed the momentum. It was disappointing to not have two batters or one batter in the end.”

Talking about the fielding errors, Warner said: “It is very different here, playing with high riser light towers and obviously round circle towers, so if the ball goes too high it can be distracting.”

“For Dale Steyn, the ball tailed away from him, it was a very hard ball, at the best of time some people aren’t getting there. I think Aaron Finch will be disappointed to drop that absolute sitter (laughs).”

“Brilliant young player, he (Padikkal) has shown it over the last couple of years in domestic cricket, U-19 cricket, how talented he is and how destructive he could be at the top of the order.

“I loved opening with him. He is such an exciting young player. My advice is to play your natural game and if you are feeling it against the particular bowler keep going. Play nice and smart, and then my role changes a little bit.”

Asked if the team was worried when Manish pandey and Jonny Bairstow was going strong, Finch said: “We knew that if we can open one end and get a new batter in, guys who come in in the middle order, it is not easy to get away to a flyer with the slowness of the wicket, we knew we had to hang in there.

“Yuzi (Chahal) was exceptional with the ball. I think he showed his class and experience tonight. He is very experienced in international cricket where you are playing in a lot of conditions with heavy dew as well. He is an ultimate professional and he got the job done under pressure which was outstanding.”