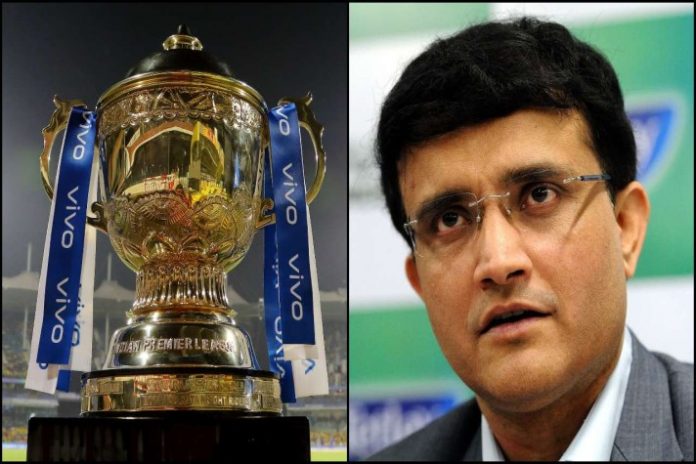 The cricket fans all around the globe want to know, when the Indian Premier League 2020 (IPL 2020) can start. The same question was asked from none other than the Board of Cricket Control of India’s (BCCI) president Sourav Ganguly. But such is the mayhem created by Covid19 that even the boss of Indian cricket does not have any clarity on the issues. In an interview to Sportskeeda, Ganguly has said that at this stage he does not have any idea about how and when the IPL 2020 can happen ?

“We can’t say what will happen in the days to come. It is tough to predict. We are looking at all the options. We are still not sure when cricket could resume,” Ganguly told the website.

The BCCI president was further prodded and asked, if any discussion on the schedule of the IPL 2020 or the possibility of holding 13th season of IPL outside India has happened. Ganguly further showed his inability to give definitive replies due to the prevailing circumstances.

“If at all, IPL does happen, we don’t know where it could happen. India would certainly like to host the event, provided the environment is safe. Right now, we are not in a position to say anything. It is too early. We are yet to officially discuss the IPL schedule. But it depends on the safety of the environment. Saving human life and breaking the coronavirus chain are more important for all of us,” Ganguly said.
It is worth noting that both Sri Lanka Cricket & Emirates Cricket Board has officially written to hold IPL 2020 in their respective locations. But the BCCI president does not want to comment or commit on any likely scenario currently.

Meanwhile, though Ganguly stays non-committal, the fresh set of guidelines issued by the Ministry of Home Affairs (MHA) which are being implemented after the lockdown 4.0 has revived the hopes of the IPL 2020 edition this year and that too with the top foreign stars.

The MHA guidelines says “Based on assessment of the situation (Phase 3), dates for restarting following will be decided—international air travel of passengers, gymnasiums, swimming pools, social /political /sports /entertainment functions and large congregations,”

The opening of the international travel and organization of large sports events can kick in during the phase 3 as per the MHA guidelines. The second phase of reopening is planned for July, and if all goes as per plans, the Phase 3 is likely to be rolled before August. The resumption of the international travel during this phase means that the top global cricketers will now be allowed to travel to India to play in the IPL 2020 edition.

According to the BCCI treasurer Arun Dhumal the development as very positive for IPL 2020. “It’s a positive. If international travel resumes, and sporting activities will be allowed, then we can plan for the future,”

IPL 2020 in OCTOBER with top Indian & foreign cricketers?
Though no one is committing anything on record but the situation is getting very clear now for IPL 2020, i.e if the T20 World Cup in Australian in October-November gets officially postponed, the window can be utilized by BCCI to conduct the 13th edition of the IPL, that too with the top foreign stars.

InsideSport had already reported that the T20 World Cup postponement is a mere formality and that formality can be completed when the International Cricket Council Board once again meets on June 10th via tele-conference.