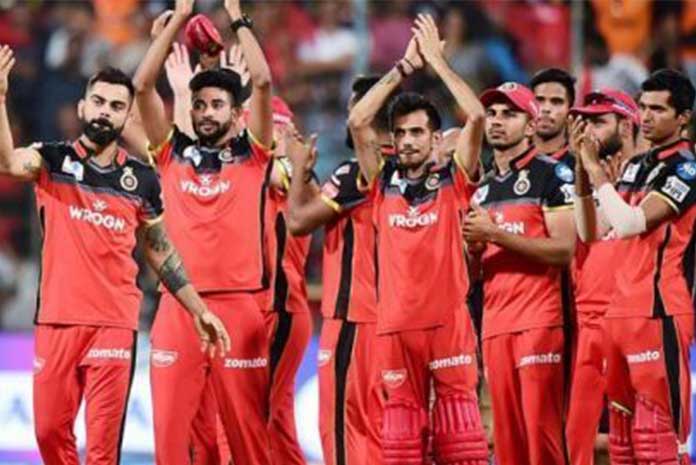 1 Virat Kohli – Virat Kohli is an Indian cricketer who currently captains the India national team. A right-handed top-order batsman, Kohli is regarded as one of the best batsmen in the world. He plays for Royal Challengers Bangalore in the Indian Premier League, and has been the team’s captain since 2013.
IPL Salary 2020 – 17 Crore
Total IPL Salary – 126.2 Crore
IPL Moneyball Rank – 3
Country – India

2 AB de Villiers – Abraham Benjamin de Villiers, is a South African cricketer. In limited overs cricket he is an attacking batsman. He was named as the ICC ODI Player of the Year three times during his 15-year international career. His name was also featured in Wisden Cricketers of the Decade at the end of 2019.
IPL Salary 2020 – 11 Crore
Total IPL Salary – 91.5 Crore
IPL Moneyball Rank – 6
Country –  South Africa

Virat Kohli – Virat Kohli is an Indian cricketer who currently captains the India national team. A right-handed top-order batsman, Kohli is regarded as one of the best batsmen in the world. He plays for Royal Challengers Bangalore in the Indian Premier League, and has been the team’s captain since 2013.
IPL Salary 2020 – 17 Crore
Total IPL Salary – 126.2 Crore
IPL Moneyball Rank – 3
Country – India

After the departure of Chris Gayle from the side, the RCB top-order has looked bleak. However, they will have the services of Australian opener Aaron Finch in this season, along with Parthiv Patel.

This opening pair will let skipper Virat Kohli bat at his preferred number three slot, while AB de Villiers could follow him.

Also, the newly-acquired Chris Morris could become the differential for them in the impeding season, owing to his credentials.

Among Indians, the all-rounders segment will be led by Shivam Dube and Washington Sundar, while the uncapped Pavan Deshpande is another useful option.

Both Dube and Sundar have represented Team India in T20 Internationals.

Royal Challengers Bangalore in IPL 2020: Lack of Indian batsmen in the middle order

Another problem that has plagued RCB is that they have been majorly top-heavy, and their IPL 2020 squad is no different. Following AB de Villiers – who is expected to bat at No. 4 – is Moeen Ali, after which there simply aren’t tried-and-tested IPL batsmen.

Finch, De Villiers and Moeen have ensured that the batsmen who make up the rest of the middle order have to be Indian, and the best option at RCB’s disposal is Gurkeerat Singh, who has played only 12 games in the past 4 IPL seasons. However, the Punjab batsman seems to be in good nick in training, and he along with Washington Sundar and Shivam Dube will have to step up

An issue that RCB just don’t seem to address successfully is their death bowling. The franchise attempted to shore up their fast bowling arsenal by buying Chris Morris and although he looks like a good option on paper, the numbers tell a different story.

Morris’ economy rates in the past two IPL seasons have been 9.27 and 10.21 respectively, with a total of 16 wickets to show for.

On the other hand, the issues that Mohammed Siraj and Umesh Yadav have faced towards the ends of innings is known to all, and RCB’s only hope at the death this season appears to be Navdeep Saini, who picked up 11 wickets last season at an economy rate of 8.27.