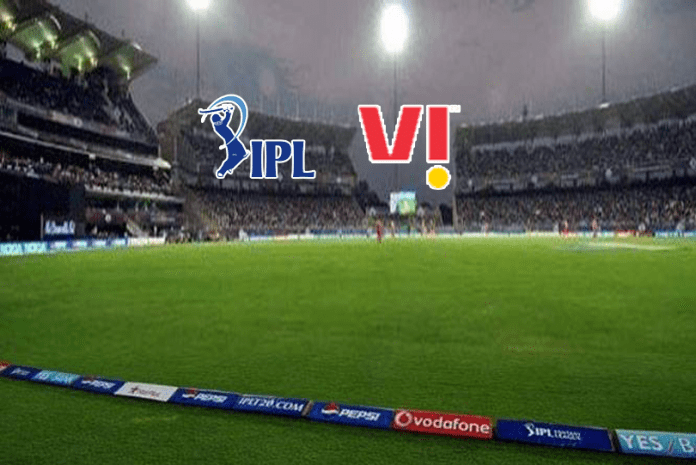 Vodafone India Limited said that it has become the co-presenting sponsor of the upcoming Dream11 IPL 2020 on LIVE Broadcast on Star Sports. As reported by InsideSport on 8th Sep, Vodafone Idea has made a comeback into the IPL fold.

The telco has acquired the co-sponsorship rights of the live broadcast of T-20 premier league which will be held in Abu Dhabi, UAE and telecast on the Star Sports network.

The sponsorship announcement comes close on the heels of the leading telecom operator, Vodafone Idea Limited’s rebranding under a unified brand – Vi.

Kavita Nair, Chief Digital Transformation & Brand Officer, Vodafone Idea Limited said, “Our association with Dream11 IPL 2020 will provide Vi, instant connect with millions of viewers, and I am confident that this will not only help build awareness of Vi but also help in building relevance and customer confidence. I am sure Indians will be delighted to see us back on Dream11 IPL, albeit in a new avatar.”

The Supreme Court’s verdict on telecom sector dues will not be able to stabilise Vodafone Idea’s position as the debt-laden telco is expected to continue losing subscriber market share, Fitch Ratings said recently.

The Indian Premier League (IPL 2020) season is still 1 week away but good news is coming in from Star India’s headquarters. The official broadcasters of the IPL 2020 has managed to sell all sponsorship packages for the season this year.

This means all on-air sponsor packages on Star India are completely sold out for the season. As is the norm, Star has decided to hold 8-10% inventory on IPL 2020 which will be sold independently at a 15-20% premium closer to the Diwali.

“IPL 2020 will have 5 Co-presenting partners and 14 Associate sponsors on board. Other than this sponsorship partners have also been built on PPL (Pre Post Lunch / Mid innings) programming. All the sponsorship spots are completely sold out”, informed a source from Star India to InsideSport

“We already have 15 sponsors and 60 advertisers on board and currently we are in advanced stage with a few categories for associate sponsorships and many more for spot buys”, Thakar had said last week.

But according to the source, in last one week Star India has sold balance remaining sponsorship slots as well for the IPL 2020. This further proves the strength of brand IPL which despite of Covid-19 inflicted challenges is standing as strong as before.

According to the info available with InsideSport, Byjus’s will be the biggest spender this year on the ON-AIR advertising and Dream11 will be the highest spender overall in the IPL 2020. Byjus who were conservative while bidding for the IPL Title sponsorship is spending the biggest on the ON-AIR advertising in IPL 2020. According to the sources, Byjus who already had singed up as Co-Presenting partner of the league with Star has now also signed up as lead sponsor of Pre-Post and Mid-Innings (PPL) shows of IPL 2020.

It is worth noting that Maruti last year was the lead sponsor of PPL shows and will now be replaced by online learning company Byjus.

Byjus total on-air spending will be in the range of 150-160Cr for the season.

But without any doubt Dream11 will be the most visible brand in IPL 2020 on the back of spendings on both IPL Title Sponsorship and IPL ON-AIR sponsorship with Star India. Dream11 is shelling out 222Cr for IPL Title sponsorship and will be spending in the range of 125-130Cr with Star as Co-Presenting partner.

As the entire world reels under the pain of Covid-19, the IPL MONEY TRAIN is running as smooth as it was in past.